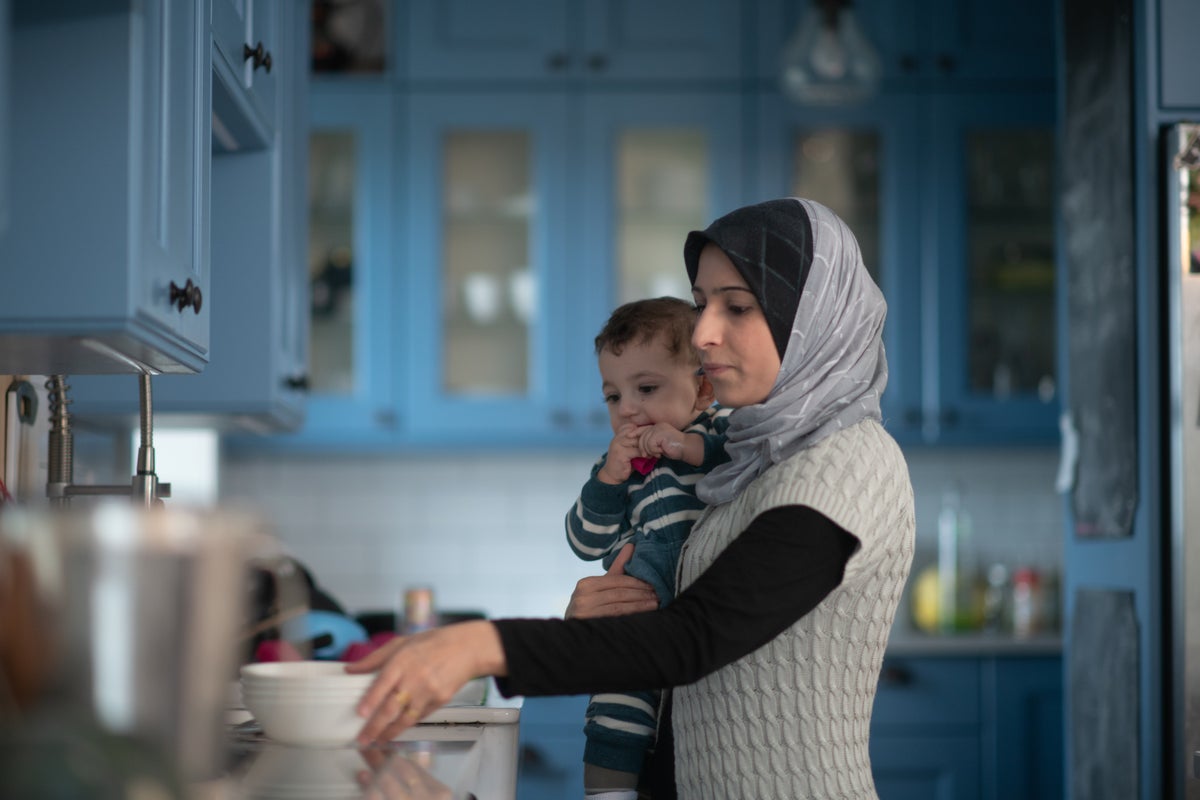 So much of motherhood is depicted as big moments. A positive pregnancy test. Waters breaking in the fruit and vegetable aisle. That split second where all your hopes and dreams from the last nine months are suspended in the air as you wait for your baby’s first piercing cry. First birthdays and first teeth and first words. Bath times that resemble Dove adverts where bubbles float around daintily, as your lathered-up cherub splashes sweetly in the water.

But that’s not reality – or at least not the whole picture. At least not for me. As I mark half a year of motherhood, I’m left feeling reflective (if a little emotional) at how far I’ve come and how far society has to go in its portrayals of motherhood.

Caring for a baby can feel so incredibly lonely, which is ironic as a trip to the bathroom without an audience is now a luxury. But if we were more honest, more real, as a society about how we portrayed motherhood, then maybe it would feel a little less like being the only soldier in the trenches.

So much of mothering isn’t in the big moments, but the in-betweens. The fifth nappy change in a row as you desperately attempt to leave the house for a whiff of fresh air before the sun sets for another day. Coffees gone cold and rushed showers spent listening out for cries. Never-ending laundry and aching muscles and inexplicable tears. Grieving for the tiny baby disappearing before your eyes and surges of sheer awe at every new development.

The hours spent trying to get them to sleep only to miss them as soon as they do. The secret delight when all they want is you, coupled with the yearning for the freedom you once had. More love than you ever thought it possible to feel overflowing from your every pore. Favourite clothes growing musty in the back of the wardrobe, too small to fit the person you’ve become. Those glorious belly laughs that eclipse the eye bags and the stretch marks and the bleeding nipples.

I wish we saw more of this. The raw, the messy and the mundane; the madly, wildly wonderful.

In everything we watch and read, motherhood seems to be portrayed as one of two extremes. There is the pristine and immaculate world of Instagram feeds, where angelic babies play with neutral, wooden toys and wear Scandi-inspired clothes whilst perfectly made-up mothers breastfeed with one hand and sip green smoothies with the other. Where behaviour experts explain in 10 second clips why in fact saying “no” to our toddlers as they scribble on our walls is trauma-inducing or why saying “well done” to their achievements sets them up for a life of failure and dependence.

Celebrities girl-bossing straight from the labour ward and businesswomen building multi-million empires and politicians debating policy all with tiny babies in tow. If you’re not doing any of these things, it can feel like you’re falling short of society’s (unachievable) expectations.

On the flip side of this is the depiction of motherhood as an impenetrably dark place. The NHS estimates 1 in 10 new mothers will be impacted by postpartum depression and shows like Deadwater Fell, Angela Black and The Cry have helped to bring conversations about maternal mental health into the public sphere.

It is vital to know about how motherhood impacts women in order to better support them. We need more of these nuanced presentations of the consequences of inadequate mental health support for new mothers. But I can’t help feeling like the trope of the mother struggling with her mental health almost glamorises what is an awful reality, commodifying it for TV ratings whilst the state still fails to act.

To depict motherhood as either like being stuck in a black hole or floating on cloud nine does women damage. For many, like me, it can feel like both at once, or something in the middle. Sometimes it is intense joy and sometimes it is exhausted apathy and quite often, it is sheer survival.

The things we watch and read matter because they validate our experiences and allow us to feel a little less alone – and a little more normal. When I see portrayals of motherhood, it’s mostly in the form of middle class idylls: pressed mothers who live in massive Victorian houses who sneak sips of red wine to manage their mildly cheeky blonde children and incompetent husbands. I rarely see depictions of working class motherhood, except in certain sections of the media, where we are vilified as a burden on the state for having multiple children or not working.

Representation of Muslim mothers are harder to come by still. As a 20-something Muslim woman with a new baby, I find myself unrrepresented in everything I read and watch. We are the broken English-speaking, outdated backdrop to stories about escaping traditional upbringings and finding freedom. We are shalwar kameez clad and surgically attached to the oven. Or, as a former prime minister graciously implied, we are so submissive and home-bound that we are to blame for our children’s radicalisation.

I want to see the vivacious and multi-dimensional young Muslim mums on my screen that are around me in real life. The young women who are navigating systemic barriers and structural racism alongside the sometimes-impossible job of mothering.

Things are getting better – Rhiannon Lucy Cosslett’s fantastic Republic of Parenthood column is tackling 21st century parenthood head on and writers like Leila Aboulela present a picture of British Muslim womanhood that touches on mothering too. But we need more.

Being a mum is hard, no doubt about it. If I could open a book or turn on the TV and see myself mirrored back to me – a humorous, nuanced take on motherhood for those who don’t have live-in nannies, the beauty of mothering shown by people who look like me – I think it would feel a little easier.