Tesla Model Y is being is prepped for production


Elon Musk has confirmed that Tesla has ordered the tooling for the new Model Y, and that production of the firm’s fourth model is set to commence shortly. The new all-electric SUV will be built in the firm’s Gigafactory in Nevada, alongside Tesla’s battery packs and electric motors.

Musk plans for the batteries and powertrains to roll off one production line, straight onto another, joining the Model Y for assembly. This would eliminate the clumsy transportation network for Tesla batteries and motors between Nevada and California, a process that currently plagues the assembly lines for the Model S, Model X and Model 3.

According to Musk, the new Model Y will share up to three-quarters of its components with the Model 3, including the platform. Potentially, then, the Model 3 could join the Model Y at Tesla’s Nevada plant for construction, once the infrastructure is in place.

Tesla originally planned for the Model Y to be on sale this year but company setbacks, such as the firm’s record £523 million loss from May of last year, delayed the project. The launch date for the Model Y has since been revised, and it’s now expected to reach the market by 2020.

The Model Y will be a new crossover from the Californian EV brand, sprouting upwards from the Model 3. It will be a crucial step in Tesla’s second ‘Master Plan’, which will see the company expand beyond its current line-up with a second-generation Roadster and commercial vehicle entries, including an all-electric pick-up and a full sized Tesla Semi truck.

By doubling its SUV portfolio with the smaller, cheaper offering, Tesla is lining itself up to enter a booming marketplace. Alongside the Model 3, the Model Y will be an important step on the road towards the firm becoming a true volume vehicle manufacturer.

Our exclusive image shows how the Model Y could look. If Tesla adopts a “Russian doll” approach to the Model Y’s design, we expect it to mimic the Model X SUV’s form and function in a smaller package – but the bigger car’s ‘Falcon wing’-style doors are unlikely to be retained, on grounds of cost and complexity. Fresh design cues from the Model 3 such as the flat, grille-free front end could also define the new car.

Although the Model Y will sit underneath the Model X in Tesla’s range as its second and smallest SUV, it would make sense for the manufacturer to market the Model Y as a Model 3 crossover rather than a smaller Model X, especially when the latest news from Musk is taken into account.

Musk’s plan to build the Model Y on the Model 3’s platform will allow the firm to bring the new SUV to market much sooner than was originally anticipated, whilst also slashing R&D costs. Tesla’s move to its plant in Nevada also hints that the drivetrains between the two models will also be shared.

However, as we’ve seen with the firm’s recent restructuring of the Model S and Model X range, Tesla likes to shuffle its powertrain offerings around often and without warning. So, whatever the Model 3’s line-up in 2020 may be, it will likely be replicated by the first Model Ys.

Tesla electric minibus is also on the cards

Model 3 UK deliveries: First UK customer deliveries of the Model 3 saloon are due to be made in early 2019. 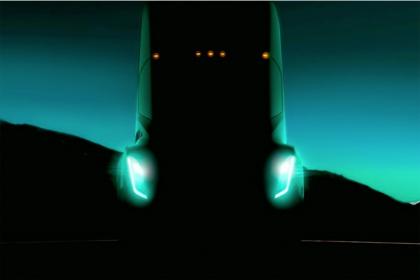 Tesla Model Y: Audi Q3-sized Model Y will be Tesla’s second SUV and use the same platform as Model 3 saloon.

What do you think of Tesla’s growing model range? Let us know in the comments section below…