Hulu’s selection of worthwhile action movies is heavy on blockbusters, with some more offbeat choices added in. Here are 10 of the best action movies to stream on Hulu.

Hulu original Boss Level explores the popular time-loop genre in an action-movie context. B-movie stalwart Frank Grillo stars as a grizzled former military operative who finds himself getting killed over and over again by a colorful assortment of assassins, only to restart his day every time he dies. Director Joe Carnahan structures the movie like an old-school video game as the main character fights his way up to the big boss (played by Mel Gibson), quipping all the way.

As superhero movies become bigger and bigger behemoths, it’s refreshing to see Ryan Reynolds as snarky Marvel antihero Deadpool, taking the genre down a peg. Deadpool frequently breaks the fourth wall, mocks his own origin, and questions the clichés of superhero stories, all while taking down bad guys in a thoroughly entertaining fashion. Deadpool is a self-deprecating action movie that still delivers on the action.

It’s the template for dozens of later action spectacles, and it might also be a Christmas movie.

Along with his psychic partner Judge Anderson (Olivia Thirlby), he takes on a ruthless drug lord (Lena Headey) in a monolithic high-rise full of dangerous foes.

The Mission: Impossible series has one of the best track records in Hollywood, and every installment is worth watching. But the fourth film Mission: Impossible – Ghost Protocol is still a cut above the rest. It marks the live-action debut of director Brad Bird (The Incredibles), and it features one of the greatest stunts in the history of cinema (as Tom Cruise’s super-spy Ethan Hunt hangs off the side of Dubai’s Burj Khalifa).

The rest of the movie is similarly filled with breathtaking action, showcasing Cruise’s customary total commitment to his stunt performances.

Blake Lively isn’t entirely convincing as an action hero, but The Rhythm Section is still an interesting experiment in placing her in a revenge thriller. Lively plays a woman who trains with a former MI-6 agent (Jude Law) so that she can find the terrorists responsible for the death of her family. Director Reed Morano pulls off one fantastic mid-film car chase that makes the whole project worthwhile, but she generally has a stronger hand on action than on plot or character.

Originally intended to star Tom Cruise, Salt proves how much of a difference a simple change in gender for the protagonist can make. Angelina Jolie stars as Evelyn Salt, the kind of hyper-competent secret agent that male actors have played for decades. Salt goes on the run after being wrongfully accused of betraying her CIA colleagues. She fights off a constant stream of assailants while working to clear her name and expose the conspiracy that framed her.

Fast & Furious franchise director Justin Lin took his talents to space for Star Trek Beyond, the third film in the rebooted Star Trek series from producer J.J. Abrams. It’s a fast-paced standalone story with plenty of action for the series cast, including Chris Pine as James T. Kirk, the captain of the starship Enterprise, and Zachary Quinto as Spock, his Vulcan second-in-command.

The Enterprise crew find themselves stranded on a remote planet, facing off against a former Starfleet officer (Idris Elba) obsessed with destroying Starfleet.

The later Terminator sequels can never live up to James Cameron’s originals, but the sixth installment, Terminator: Dark Fate, has plenty to recommend it.

It marks the return of Linda Hamilton as Sarah Connor, the woman relentlessly targeted by killer cyborgs from the future. It gives Arnold Schwarzenegger a new angle to play as the Terminator who develops a conscience. And it features a breakout performance from Mackenzie Davis as the latest Terminator iteration. All three stars get to participate in some impressive (if derivative) action set pieces.

Japanese filmmaker Takashi Miike is incredibly prolific, taking on nearly every genre in the 100-plus films he’s directed. Miike has been especially adept at staging martial arts action in his 2010 remake of the samurai classic 13 Assassins. The bulk of the film focuses on an elaborate siege of a small town, where 13 warriors have staged traps and weaponry around every alley and building. It’s the underdog story of a small band of scrappy fighters facing an army, and Miike makes every hit count. 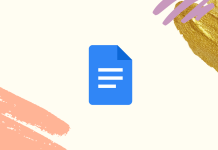 LEGO Brings ‘Friends’ Back in Their Shiny Apartments – Review Geek 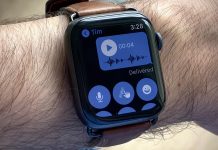 How to Send Audio Messages on Your Apple Watch Instead of Transcribed Text « iOS & iPhone :: Gadget Hacks 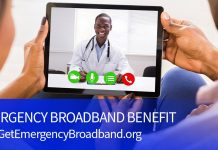 How to get a government-paid discount on your broadband 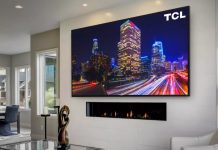 Everything Samsung Announced at its “Bespoke” Event – Review Geek

Nothing Announces Something … and It’s Earbuds – Review Geek