Planet Computers, the company which has carved a name for itself in creating QWERTY phones with old school PDA credentials and a choice of operating systems, has announced a revised specification and release date for its third creation, the Astro 5G Slide Transformer.

As the name suggests, it will be the UK company’s first 5G model (and more than likely the very first 5G QWERTY device) and follows a successful Indiegogo campaign. It follows on from the Gemini PDA and the Cosmo Communicator, and like those devices, is fully unlocked and open, allowing users to install multiple operating systems, either alongside, or instead of Android, including SailfishOS and several Linux distros.

Lilliputing reports that following pandemic related delays, the Astro will be released in June 2021, later than billed, but with a 13MP front-facing camera replacing the 5MP advertised to crowdfunders, and a RAM boost from 6GB to 8GB.

Unfortunately, it will also see a chipset downgrade from the MediaTek Dimensity 1000 to the slightly less feature-rich 800, after MediaTek said it would not be able to meet the order, hinting that it was focusing on fulfilling larger-scale orders. Though there won’t be a significant performance dip, it will mean losing Wifi 6e support, and BLE audio streaming (standard Bluetooth streaming will remain). The new specs will also see the battery drop from 4000MAh to 3500MAh, but Planet says that this will be offset by the reduced power consumption of the 800. 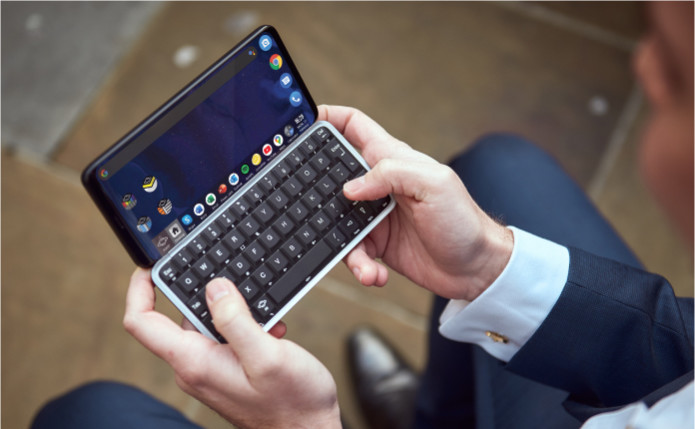 Crowdfunders have been informed of the changes, and Planet has confirmed that demo units will be announced next week, and we hope to take a closer look then. In the meantime, here’s the full, revised spec sheet. If you want to get in early, you can still preorder via Indiegogo for around $644 (exchange rates permitting).