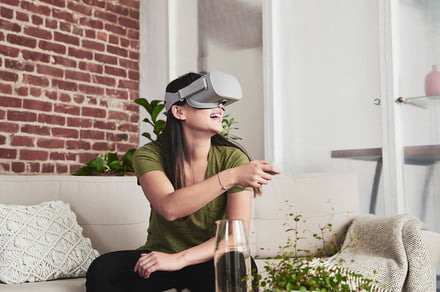 The Oculus Rift had a tough go of it out of the gate. Delayed shipments and a sparse library of games made its first six months on the market rocky. Then, in late 2016, the delayed Oculus Touch controllers arrived, upping the quality of most games and giving players full motion control with each hand.

It’s now well into its lifespan and the Oculus Rift continues to impress with a steady stream of solid experiences. From first-person shooters to frightful psychological horror games to quirky puzzlers to co-op games, the platform has something for everyone. We’ve combed through its library to compile the best Oculus Rift games available on the VR headset today.

Numerous VR experiences have attempted to capture the feeling of floating in space, but the Oculus exclusive title Lone Echo is the only one to do it in a way that feels accurate.

In reality, most of your actions involve simple maintenance fixes to a space station, but through the excellent Oculus Touch controllers, all of your movements have an immersion to them that few VR games have been able to replicate thus far.

With a strong sci-fi story and a wonderfully realized space setting, Lone Echo‘s several hours of play are the best way to visit space from your living room.

One of the more ambitious Oculus Rift games to date, Wilson’s Heart serves up psychological horror through the immersive experience of VR. Set in the 1940s, the game follows hospital patient Robert Wilson, who wakes up only to realize that his heart has been replaced by a perplexing device.

You play as Wilson, but you’re not the only one with disturbing woes. As you make your way down spooky, tight corridors, you’ll meet an eccentric cast of characters, all of whom want to find out how and why they have been poked and prodded by the dastardly hospital staff. Full of jump scares and eerie realizations, Wilson’s Heart makes great use of the Touch controllers to get you into the thick of its mind-altering horrors.

Developer Tequila Works has used VR to try something a little different — a murder mystery where you spend your time observing various people and their roles in the story. Set in a giant mansion owned by Nikola Tesla, the story’s murder victim, your job is to wander the house as a ghostly, unseen observer, searching for clues and watching people to find out what’s really going on, and who the culprit is.

True to the genre, everyone is up to something and the story gets pretty twisty. You’ll spend your time rewinding and fast-forwarding in order to trace different people’s movements throughout the mansion, to gather clues about who they are, why they’re there, and what they’ve done. While it’s a less interactive experience than most, The Invisible Hours suggests the kind of cool things you can do with VR when it comes to storytelling and giving players the ability to move around a space.

Quite possibly the best multiplayer VR experience to date, Star Trek: Bridge Crew lets users play out their childhood fantasies of joining the likes of James T. Kirk, Montgomery Scott, Hikaru Sulu, and Pavel Chekov as a member of a Starfleet crew.

Players work in teams of four, with each person in one of four roles — pilot, engineer, tactician, or captain. Each job — best acted out with an Oculus Touch controller, but playable with an Xbox One controller — asks players to tinker with a computer panel. Bridge Crew excels as a cooperative game due to the need to work together to find success. It really does feel like you’re living inside an episode of Star Trek. Simply put, if you have a group to play with, Bridge Crew should be at the top of your wish list.

Imagine the kind of cyberpunk, virtual dystopia that came out of sci-fi novels and films from the 1980s and ’90s, and you have Technolust. It’s the kind of game where you “jack in” as a hacker to cross virtual landscapes in order to steal data from a host of evil corporations.

It’s grimy, dark, and completely retro-futuristic, all of which render it worth more than a cursory glance. Technolust’s games-within-the-game moments are a cool and fun addition, too, and add multiple layers to the VR experience.

The Viking-centered Fated puts you in the role of a man on the verge of death, as he and his family return to their village after an accident. A gift from the gods has kept you from Valhalla but cost you your voice, and things are about to get weird in a Norse mythology kind of way.

Fated is a story-focused game that’s a bit slow but heavy on character development and plot. There’s magic and mystery at play here — as well as quite a bit of Norse mythology — and VR is used to put you in the shoes of a character who’s simply trying to save his people from utter destruction.

Another story-heavy experience, The Assembly is basically a first-person adventure game in which players gather items, solve puzzles, and unlock the story by interacting with characters and gleaning information from the environment. The Assembly takes place in a secret scientific laboratory, where personal drama meets the unintended consequences of playing god. It’s not an action-heavy game, and The Assembly assuages some of the VR motion issues with useful tricks for getting around. It’s simply a good entry point for VR newbies who want something that’s heavy on story.

Read our full The Assembly review