Though the history of the IC engine can be traced back to the 1790s, the modern IC four-stroke and two-stroke engines, as we know them today, were born in the 1870s. The first application of an IC engine to actually move an automobile came about in 1886. However, the world’s first electric vehicle, a locomotive, was invented in 1835. In fact, electric cars were in their heyday in the early 1900s, up until the Ford Model T came along. That car killed the electric automobile. That car had an IC engine.

You now know that electric vehicles are not a new phenomenon and that they are back with a vengeance. But, can they kill the conventional vehicles in a country of 1.3 billion people, where the Hero Splendor, Honda Activa and Maruti Suzuki Alto still remain the first options for the majority of masses? Let’s see what all is in favour of an ‘electric revolution’ in India, and what isn’t.

Support from the government has been at its strongest in the last few years. Right from NEMMP (National Electric Mobility Mission Plan) 2013 to FAME II (Faster Adoption and Manufacturing of Hybrid and Electric Vehicles, Phase 2) 2019, the policies and measures have been favorable.

However, this year’s union budget has been simply disappointing in comparison. In fact, this time our Finance Minister skipped even mentioning “electric vehicles” in her budget speech. Still, the approval of setting up 2,636 charging stations in 62 Indian cities is the silver lining.

Price: The biggest factor that still puts buyers off is the purchase price of an electric vehicle. For example, the base Tata Nexon EV is priced at Rs 13.99 lakh whereas the base “regular” (IC engine) Nexon’s price is Rs 6.95 lakh (both prices are ex-showroom, PAN India).

The cheapest electric car in India used to be the Mahindra e2O Plus, which was discontinued last year due to poor sales. It used to cost almost two lakh rupees more than its nearest combustion-powered rival, the Maruti Suzuki Alto 800. The Alto is a better vehicle in almost all aspects, and the e2O would have had it difficult even if it were sold at the same price as the Maruti’s.

As of now, the cheapest electric passenger car is again a Mahindra. It’s called the e-Verito and Mahindra Electric’s website lists the D2 variant’s ex-showroom Bengaluru price as INR 10.15 lakh. It also mentions that this pricing is post-subsidy, including TCS and FAME incentives. Again, for that price, you have a plethora of better options in the market.

The two-wheeler scenario isn’t much different either. The recently launched Revolt motorcycles and Ather scooters look great but the price to performance/feature/utility ratio is not at all tempting for buyers of conventional motorcycles and scooters to make the switch.

Range & performance: The second biggest concern is the range and performance of electric vehicles. Of course, I am not talking about the Tesla Model S or the Zero SR/F here. I am referring to the EVs currently on sale in India.

For example, Revolt claims a range of 80 km in the most powerful mode (Sport) of its RV 400 motorcycle and a top speed of just 80 km/h. Its least powerful mode (Eco) limits the top speed to a dismal 45 km/h, while the claimed range then increases to 150 km.

The e-Verito doesn’t break any ground either. It comes with a claimed range of 140 km. The claimed range of 452 km by Hyundai for the Kona sounds terrific, however, its real-world range is yet to be tested.

Moreover, it’s also not completely clear, yet, how the depleting charge affects the roll-on performance (for overtaking) of these electric vehicles.

Charging the Kona at your home via its standard charger would take an obnoxiously long period of 19 hours. A 7.8 KW AC wall-box charger (which Hyundai will install at your home or office) brings the charging time down to six hours and ten minutes.

The 50 KW DC chargers, at showrooms and public grids, are scarce right now but will take just 57 minutes to bring the Kona’s charge up to 80 percent. That’s still ten times more than the five or so minutes it would take you to fill your conventional car up to the brim at a regular fuel station.

Inconvenience: Long queues at CNG filling stations come to mind. And that’s when this alternative fuel (CNG), its application, and infrastructure have been around for some time. The thought of waiting for hours in the queue at a charging center is scary. The worst part is that you might not be able to drive off saying, “I’ll charge it at the next one.”

There are hordes of other challenges too that revolve around the import/manufacturing of lithium-ion batteries; quality control, reliability, waste management/recycling batteries; effects on the economy, job losses, and upgrading skillsets of the entire industry workforce in the interim.

But the biggest of them all is to provide value and a hassle-free ownership experience to the customers, as it’s only them—the early adopters—who will become the torchbearers of the EV movement in India. 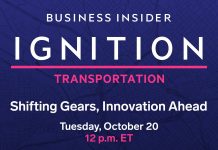 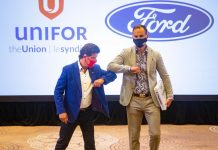