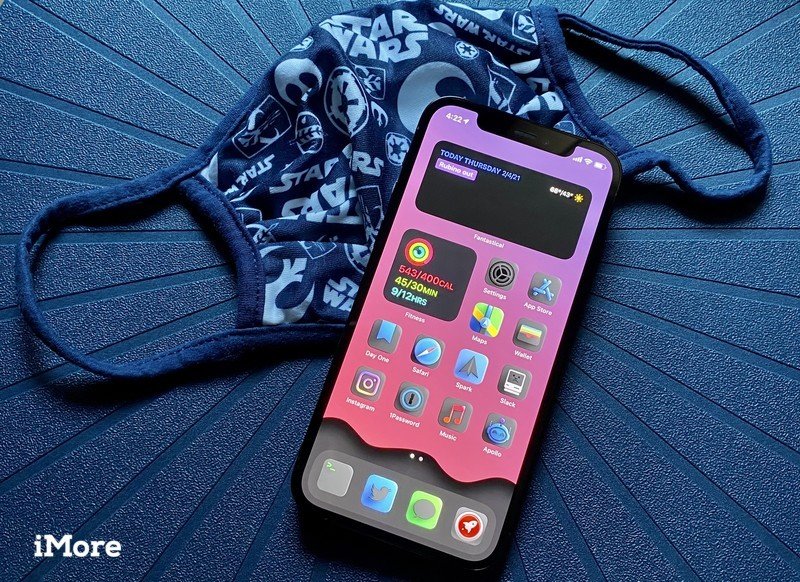 One of the biggest features in iOS 14, and one that has been on the wishlist for many people, is the ability to customize your app icons. On top of that, people can get really creative with unique Home screen widgets to create a one-of-a-kind setup. While customization has always been a thing with Android devices, Apple allowing this is a big change, and one that we welcome with open arms. In fact, there is an entire iOS Home screen setup subreddit for this kind of thing, in case you want some inspiration and ideas.

I’ve been lurking that reddit quite often since iOS 14 dropped, and it’s amazing to see the kind of awesome setups that people have on the best iPhone and best iPad. Originally, I wasn’t into the whole app icon customization thing with Shortcuts since it would open the Shortcuts app first before going to your app. However, that has changed recently with iOS 14.3, so opening an app through a customized icon shortcut takes you to the app directly (not Shortcuts first), making it much more tolerable.

If you want to start customizing your app icons in the Shortcuts app, it’s pretty easy to do. But you’re going to want some cool icon packs to go with it. Here are some of my favorites right now, along with some amazing iOS 14 Home screen setups that I want to spotlight from the community.

One of the things I haven’t liked about iOS app icon design since the days of iOS 7 is the fact that everything is flat. Apple went from the skeuomorphic icons of iOS 6 to boring, flat designs in iOS 7, and we are still here seven iterations later. And a lot of the cool third-party app icons from the glory days are also flat now, and I just don’t like it.

That’s why the Depths collection is my personal favorite when it comes to iOS 14 icon packs. It’s the first icon pack that I saw from r/iOSsetups that truly called out to me, and made me dive into the world of app icon customization.

With the Depths icon pack, you get a pack of icons that is full of depth, while retaining a stock appearance. It’s just a better version of what Apple has right now, and then some. The Depths icon pack also has a total of over 2,200 icons with up to six variants per app, including the new Vibrant collection. The creator of the pack also has widget shape images to use with some of the best Home screen customization apps, a limited selection of Docked Icons for popular apps that are usually in a Home screen Dock, and even throws in icon assets to make your own icons with “Depths Creator.”

If you’re using an app that doesn’t have a custom icon in Depths, you can request it from the creator, though it is not always guaranteed. The pack is also updated with new icons regularly.

Give your icons a little depth with this cool icon pack.

This themed icon pack is unique in the fact that it centers around the Apple Fitness widget. That’s right — the icons in this pack are gorgeous with black backgrounds and shades of neon red, blue, and green. CMYKons also has a wallpaper pack with designs that perfectly complement the Activity ring colors, in case you want to go all out.

CMYKons has a free version for the core icons (the stock Apple apps), but you can also get the Full Set for a low price. The full set includes over 150 custom icons, and you can view the full list of CMYKons custom icons to make sure your apps are included before purchasing.

This unique icon pack revolves around the colors of Apple’s Fitness widget.

Are you in the mood for something more simple but calming? Then Limitless could be what you need for a clean aesthetic on your Home screen. With Limitless, you’ll find minimalistic glyphs set against solid color backgrounds like black, white, and brown. If you go up a tier, you can choose from other colors and themes. Some of the themes include different gradients, pastels, brand line colors, and more. Limitless currently has about 350 icons, and is constantly being updated with more icons – the creator includes a full list on Gumroad.

Limitless is a clean and minimalistic set of 350+ icons that come in multiple colors and themes.

Limitless – Experimental is similar to the original Limitless icon pack, but these have an even cooler look to them. You also get three options: Glitch, Brand Shadow, or Stealth.

Glitch is packed with vibrant mint green, bright pink, and lavender lines while having a “glitched” appearance that is sure to turn some heads. The Brand Shadow set has simple icons of brands but feature a subtle shadow for depth and the background color represents the brand. Stealth looks amazing against a black background (there is one included in the set) with the dark gray icons, and these are circular in shape, which is a breath of fresh air on iOS.

The Experimental packs also have 350+ icons and are constantly updated.

These experimental versions of Limitless icons give your Home screen a totally awesome look.

Do you love some good gradients? Then Saige is a colorful gradient set that would brighten up any iOS 14 Home screen. Saige has four variants: the original has colorful gradients with white glyphs, the inverted option is like original but with black glyphs, and there are white and black versions too. They’re $3 each, but you can save a few bucks by purchasing the entire bundle if you want more options. The Saige iOS 14 icon pack includes over 500 icons (over 2000 if you get all variants), and there are weekly updates with requests from users.

These colorful gradients will give your Home screen a pop of color.

If you spend any time at all in r/iOSsetups, you’re going to find some impressive custom Home screen setups. I’ve been lurking there, and here are a few of my favorites. Some of these may even inspire you to get creative with your own setups!

The Vending Machine by rascallop

This is one of the more unique ones that may take some time to create, but the final result is well worth it. The Vending Machine is just that — a vending machine on your Home screen, and the app icons inside look like soda cans.

Of course, the practicality of this may be limited, since you can only have so many apps on the page, but it sure looks amazing. You’re going to need some mastery of different widget making apps and scripts to be able to create a work of art that still functions as a Home screen. But having such a distinctive Home screen to show off will surely pay off, right?

Again, I’m not anywhere near this skill level, and honestly, I’m not sure I will ever be. But we can admire the creativity and efforts of others thanks to iOS 14 Home screen customization, without requiring a jailbreak.

Just in time for Pokémon’s 25th anniversary is this cute little setup. Pixelated by Javikou uses the PixBit theme from Google, but ported over to iOS. These icons are a blast from the past with the pixelated style and is sure to add a bit of a retro aesthetic to your Home screen. If you want to recreate this look, you will also need to master the use of blank widgets — other redditors have pointed out a few solutions in the comments on the original Pixelated post.

Just the Essentials by Michelle062

As much fun as it is to create a crazy and meticulous iOS setup with iOS 14 icon packs, sometimes you just need the essentials, and nothing else. This clean setup by Michelle062 on reddit features a gorgeous gradient background with light, soft colors and widgets with daily essential info. The most important apps are also represented by transparent icons in a nice overlay that makes it pop against the backdrop. All of the things you need to recreate something similar can be found in the comments section of the original reddit post for “Just the Essentials.”

Is it a bird? Is it a rocket? No, it’s Iron Man! by alwaysbhere

I’m not at that level yet, but a lot of people in the community are using an app called Scriptable to create some awesome looking Home screen setups in iOS 14. For example, this Iron Man setup by redditor alwaysbhere shows off the full capabilities of Scriptable. The Lock Screen features a beautiful wallpaper of what appears to be a rocket taking off in front of mountains in the distance, but once you unlock the device, you’ll see that it’s Iron Man flying upwards, not a rocket. The Scriptable widget that alwaysbhere created features a transparent background while telling you the date, temperature, and upcoming calendar events. The icon set that is used is also very simplistic and clean, making it a perfect match for the overall theme.

Matte black all the things by Devy_Design

Finally, this is an absolute beauty that I want to replicate on my own device sometime. This dark setup by redditor Devy_Design features a rich, matte black background, a set of matte black icons with vibrant colored glyphs, and even got rid of the Dock outline, giving it an overall super clean aesthetic. And the top features a Widgy widget that personally greets you and informs you of the date. This is one of the most clean and simple setups I’ve encountered, and it’s one of my favorites.

Are you using any iOS 14 icon packs?

These are a few of the best iOS 14 icon packs and setups that I’ve seen from the community so far. Have you been customizing your Home screen with icons and widgets? Do you have a favorite setup that you want to share? Drop them in the comments below!