Android Auto errors are nothing new, but occasionally, we come across problems that make absolutely no sense at all.

And one of them is the “moisture detected” message that shows up on some Samsung phones when they are connected to the head unit in a car to power Android Auto.

While plugging the device into a charger at home is still working correctly, the error keeps showing up whenever the smartphone is supposed to launch the Android Auto experience. And of course, most of the users who came across the problem were ready to swear their phones have never been exposed to liquids or rain.

And while Google says it’s still investigating the problem and looking for a fix, someone on the official Android Auto forums suggested a couple of workarounds that seemingly bring things back to normal for some people.

First and foremost, it all comes down to clearing the cache partition where temporary system data is stored. While this isn’t a recommended step for beginners since it involves entering the recovery mode, it seems to make the moisture detected error to go away, at least temporarily, allowing you to use Android Auto just normally.

The ways to reach the wipe cache partition option are different from one device to another, but for a Samsung Galaxy Note, you need to turn off the device, press and hold the volume up and home buttons, then press and hold the power button until the “recovery booting” message shows up on the screen.

The second fix is much more convenient, as you just need to turn off the phone when the error is triggered. Leave the device connected to the charger, and then start the smartphone with the cable still plugged in. Again, the error message should no longer be on the screen, and the next time you launch Android Auto, everything should work properly, at least for a limited time. 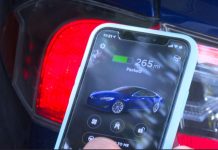