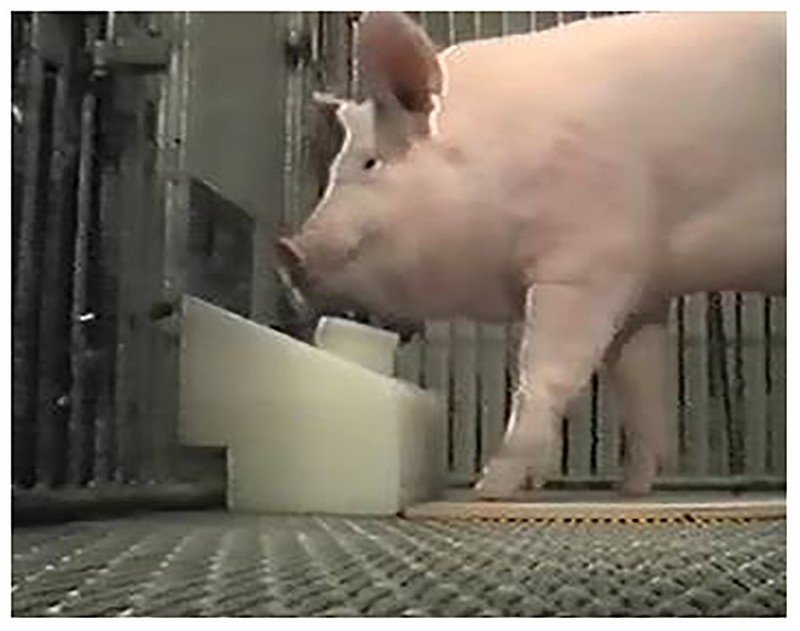 “All animals are equal, but some animals are more equal than others,” said the pigs in George Orwell’s Animal Farm. It’s unlikely that those pigs were referring to their video game prowess, but maybe they should have been. Scientists taught four pigs how to play video games in a recent study (via the BBC). The results of the study suggest that even though they had to use their noses to play, the pigs are capable of playing joystick-operated games.

The pigs, named Hamlet, Omelette, Ebony, and Ivory, were trained to operate a joystick. The game involved the pigs doing the SIDE task, which involves using a joystick to move a cursor to a target wall.

During the experiment, a food dispenser broke at one point. As a result, the pigs couldn’t be rewarded with food for completing a task. Despite this, they continued to play while being encouraged by researchers.

While most gaming devices are designed to be used with people’s hands, the pigs had to use their noses. The study suggests that animals may benefit from touchscreens.

Limitations in the joystick methodology suggest that future studies of the cognitive capacities of pigs and other domestic species may benefit from the use of touchscreens or other advanced computer-interfaced technology.

The results show that the pigs performed “significantly above chance,” which suggests that they weren’t just randomly moving the joystick around.

Overall, all pigs performed significantly above chance on one-walled targets, which indicates that, to some extent, all acquired the association between the joystick and cursor movement. That the pigs achieved the level of success they did on a task that was significantly outside their normal frame of reference [is] in itself remarkable, and indicative of their behavioral and cognitive flexibility. Their high level of social motivation to perform the task was also noteworthy.

You don’t have to worry about pigs beating your high score in your favorite game any time soon. The study notes that “despite performing above chance on the SIDE task, even the pig that performed best did not approach the level attained by non–human primates that acquired the task after a comparable number of trials.”

In fact, none of the pigs met the criteria of the SIDE task. But to be fair to the pigs, the task was designed for animals with more dexterity. In addition to having to use a joystick without hands, some of the pigs were also restricted by mobility.

The pigs’ ability for such manipulation was restricted to their normal range of head and neck movements. This limitation appeared particularly troublesome for the Yorkshire pigs whose larger size also constrained their ability to reposition themselves as needed to contact targets located in the horizontal plane … In fact, when faced with left or right targets, the Yorkshire subjects were often observed to alter their stance so that they were parallel to the computer screen. This way, they could approach horizontal targets in the same way they did for those in the vertical plane.”

Since the pigs already learned how to use a joystick, maybe scientists could teach them to play Angry Birds.