The Pixel 4 phones run on Android 10, which comes with a new gesture navigation system, a dark theme and more permission controls for apps. Despite being rolled out last month, Android 10 is currently found only on Pixel phones and OnePlus’ 7T and 7T Pro.

Here is a rundown of the Pixel 4 features.

Android 10 comes with a new gesture navigation scheme in addition to the usual three-button navigation. To try it out, go to Settings, System, Gestures, then System navigation.

Unlike Apple’s iOS, Android has an options menu (represented by a hamburger icon) that is usually accessed by swiping from the left edge.

With the new gesture system, you have to place your finger at the left edge, pause till you see the menu peek out from the edge, then swipe to bring it out. The new gestures take a while to get used to, but the three-button navigation system is still available.

Dark theme or dark mode turns the white background in supported apps to black or dark grey. It can help ease eye strain for some users in low-light environments. Oled screens that are increasingly found in smartphones will also consume less power in dark mode.

To try it out, go to Settings, Display, then Dark theme. While the Android 10 interface and most Google apps support dark mode, apps like Maps and Home still do not.

Third-party apps such as WhatsApp and Grab do not have dark mode yet.

Android 10 tries to better protect users’ privacy by giving them more control over app permissions. For instance, apps can be restricted to only access location data while they are actively being used, instead of all the time. The system will also periodically notify users that a specific app has access to location data and ask if they want to review that.

To review and change app permissions, go to Settings, Privacy, then Permission Manager.

Google has kept some software tricks exclusive to its Pixel phones. For starters, the Pixel 4 has a Live Caption feature that adds captions to videos being played (except phone and video calls), even ones taken by users. Only English is supported at the moment.

The Pixel 4 also has a new voice recorder app that can record and transcribe dialogue (only English for now) in real time. This happens on the device without requiring an Internet connection. Competing apps such as Otter require a connection. In my testing, Google’s version is impressive and seems slightly more accurate than Otter.

Google continues to follow Apple’s lead when designing its smartphones. The Pixel 4 series comes in two screen sizes, the 5.7-inch Pixel 4 and 6.3-inch Pixel 4 XL. Except for the screen size and battery capacity, they are identical in other features.

Like recent iPhones, the Pixel 4 has built-in sensors above the display for facial recognition.

This face-unlock feature which replaces the fingerprint sensor is as fast as Google claims and works in low light. Unfortunately, the Pixel 4 also mistook my younger brother’s face for mine, which casts doubts over the security of the feature.

The current implementation also works when the user’s eyes are closed, unlike the iPhone, raising concerns the Pixel 4 can be unlocked while the user is asleep. Google said it will add eye detection in a future update to ensure users are looking at the Pixel 4 during unlocking.

The Pixel 4’s other new feature is Motion Sense, which can detect hand gestures for hands-free operation. Basically, you flick your hand in a large sweeping gesture. A visual cue – a glowing strip at the top of the screen – lets you know that the feature is active.

It is not the first phone to support such air gestures – LG and Samsung have tried something similar – but Google is the only one using a miniature radar in the top bezel to do so.

At launch, Motion Sense is limited to skipping audio tracks in media apps such as Spotify, silencing calls and snoozing alarms. What I found cool is that the gestures work even when the phone is showing the lock screen or when the media app is in the background.

It is also used to sense people’s presence. This can help prepare the phone for face unlock or to save power by turning off the always-on display when there is no one nearby.

Motion Sense can be frustrating to use initially. I was so annoyed by failing repeatedly to snooze an alarm with my flailing hand that I was fully awake by the time I succeeded. But there is potential in this feature, if Google adds more functionality like scrolling. If that happens, I can see myself using it to browse the Web while eating.

Past Pixel phones took excellent photos despite having a single 12-megapixel (MP) camera. Google has upgraded this to two cameras by adding a 16MP telephoto rear camera (2x optical zoom with 8x digital zoom) for the Pixel 4.

An ultra-wide camera, though, would arguably be more useful for group selfies and landscape photos. More so as Google already uses software to good effect in older Pixel phones for zooming.

In any case, there is no ultra-wide camera. But Google has improved the Pixel 4’s camera, such as by having dual exposure controls that let users adjust the highlights and shadows of a scene in the viewfinder before shooting. This feature is easy to understand and use for non-experts and can achieve artistic shots like having the subject in silhouette.

Night Sight remains very good for low-light photos, though it now has serious competition from other phones.

Hence, Google has added an astrophotography feature that can take long exposure shots (up to four minutes long) of the night sky.

I did not try this because of the lack of time to hunt for a suitable location in Singapore that is dark enough. But the sample photos look fantastic.

Google also improved the bokeh effect in Portrait mode while the auto white balance is now more accurate, thanks to machine learning. Overall, the Pixel 4 maintains the series’ excellent reputation for still photography.

The Pixel 4 has a smoother-than-usual display, thanks to a higher 90Hz refresh rate.

The only downside is that it is not as bright as flagship models from Apple and Samsung, which affects legibility in direct sunlight.

This 90Hz screen, though, consumes more power than a standard 60Hz display. And yet Google has reduced the battery capacity of the Pixel 4 to 2,800mAh from 2,915mAh in the Pixel 3.

Unsurprisingly, the Pixel 4 barely lasts an entire work day. In our usual video-loop test, the Pixel 4 lasted nine hours compared with 10 hours and 14 minutes for the Pixel 3.

With its larger 3,700mAh battery, the Pixel 4 XL has decent battery stamina. It clocked 11 hours and 18 minutes in the same video-loop test compared with 11 hours and 45 minutes for the Pixel 3 XL.

I was also disappointed Google has kept the paltry 64GB storage for the base model. It is insufficient for me, especially when it also lacks a microSD card slot. My review unit had 48GB of free space left after updating all the preloaded apps.

Instead of competing on hardware specs like other Android smartphone makers, the Pixel phones have focused on the software experience.

The Pixel 4 has an improved Google Assistant that can better understand the context of your queries. The interface has also been revamped to take up less screen space. However, the new Google Assistant is currently available only for English (US), with English (Singapore) support to be rolled out later.

The Pixel 4 continues this tradition, but its new features, while showing potential, are hit and miss for now. Middling battery life as well as limited storage options also count against the Pixel when compared with other premium smartphones.

Japanese city may ban looking at phones while walking 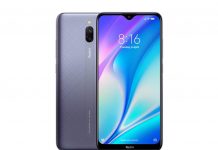