Put it this way: when you drive a supercar, small boys and childish men like me stop and point at it. When you drive a Land Cruiser Utility, the people whose heads turn to follow it are usually driving a tractor or a pick-up.

Its basic integrity and functionality, then, is the reason that the UN buys more Land Cruisers than the UK. So when it came to running one, we decided we’d like to run one that was absolutely as basic as possible.

Of all the Land Cruiser variants, there are two types that do well in the UK. The all-singing, all-dancing Invincible seven-seat five-door range-topper is usually the most popular (£52,855). At the other end of the scale is the Utility. We wanted as basic a car as we could bear, and we got pretty close. The only option on our three-door Utility is one of the few options available: metallic paint.

There are six other available options. They’re all different types of tow bar and wiring.

So what do you get? A 2.8-litre, four-cylinder diesel making a steady 175bhp and 310lb ft of torque from just 1400rpm. It drives all four wheels through a lazy but smooth six-speed manual gearbox, which would be good enough for 0-62mph in 12.8sec and go on to 108mph if I were inclined to try either. Which I haven’t been so far.

Of more importance is that it’s only 4.4m long, about the same as a Ford Focus, albeit a more substantial 1885mm wide, and has a fine 10.4m turning diameter. Less useful in daily driving but handy for the kind of thing we’ll ask the Land Cruiser to do are that it can tow three tonnes and has a low-range gearbox, a set of respectable approach, breakover and departure angles (31deg, 22deg and 26deg respectively) and a 700mm wade depth. 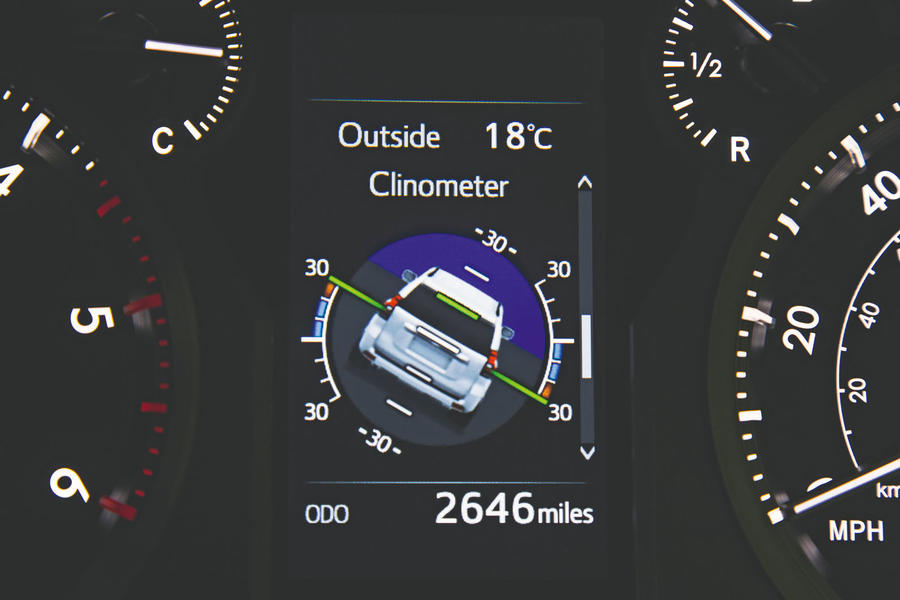 You can get a commercial van version of the Land Cruiser but ours has windows and rear seats and that will be essential for me because, as well as being a tool, it’ll be a daily family drive. Handy, too, then, will be an 87-litre fuel tank and the fact that, driven steadily, it seems easily capable of more than 30mpg. I’ll see what it can best do on a long, sedate cruise soon, during which the leggy gearing will let it spin over at barely beyond tickover. Just often recently, I’ve been in a hurry. Soz.

What’s it like? Lovely. The ride quality is really smooth, control weights easy and responsive, and it heats up or cools down quickly inside. It’s a very stable cruiser, too, despite the height and the shortness. I’ve been disinclined to try too much hard cornering, yet, but directly after writing this, I do have to take it off road. Goody.

Sure, it’s basic, by modern standards. There are no parking sensors, but it’s not that long and visibility is great. There’s no sat-nav, but I have a phone with a better system than any OEM one anyway. There’s no DAB radio, but there are aux and USB sockets and my phone has 4G. Problems all solved.