Twitter Has Sorted Out Those Weird Notifications It Was Sending 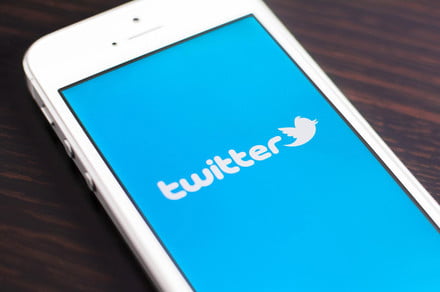 Twitter spent a while on Tuesday morning churning out weird notifications to millions of its users.

Anyone who received them may have believed alien forces were trying to make contact. Or that their phone had fried.

The unfathomable push notifications consisted of what looked like nonsensical strings of letters and numbers, with some users suspecting a hack or phishing scam that, well … had gone a bit wrong.

The bizarre episode even prompted Twitter CEO Jack Dorsey to hop on his smartphone and knock out a few tweets. Responding to one of Twitter’s more peculiar episodes in its 12-year history, Dorsey’s message, which included a screenshot of the strange text, was short and to the point: “We’re seeing this issue too. On it.”

We’re seeing this issue too. On it. pic.twitter.com/pzjd6248gJ

Within a couple of hours, Twitter’s crack team of engineers had apparently sorted the problem out, and restored order to the microblogging site. Well, as much order as you can restore to Twitter.

Taking time out from what must be a busy schedule running not one but two multi-billion-dollar companies, Dorsey tweeted confirmation that the issue had been fixed, but added that the team wasn’t entirely sure how it had happened.

The why, from team: “We send an invisible background notification to the app with badge counts (mainly unread notifications, DMs, etc.). The issue caused these notifications to become visible for a short period of time. We don’t know exactly why, but quickly reverted.”

Twitter Support also tweeted a short message aiming to throw a little more light on the unusual happening: “You know those red bubbles that appear when you get notifications? Usually, you wouldn’t see this in numbers and code, but that’s how we talk to your phone so you get those notifications. It’s fixed, we’re good.

You know those red bubbles that appear when you get notifications? Usually, you wouldn’t see this in numbers and code, but that’s how we talk to your phone so you get those notifications. It’s fixed, we’re good. https://t.co/JA71hewEvS

If this particular Twitter hiccup has reminded you to finally get around to turning off some of your notifications, then click on the following links for iPhone and Android to find out how to do so.