The new year may be the perfect time for you to get hold of a new car – a select number manufacturers have extended their scrappage schemes deep into 2020, meaning that there’s still time plenty of time to trade in an old vehicle for something new with a discount.

The current crop of scrappage schemes appeared on the UK new car market around towards the end of 2017, with manufacturer after manufacturer announcing their own programme. Today, only a handful of big marques remain commited to offering you a discount in return for taking your older car off the road – including Kia, Ford and Mazda. While most of the schemes will see traded-in cars scrapped, some will see newer vehicles brought in by customers sold on again. Toyota even offers a scrappage scheme for non-Toyota owners.

The aim of these schemes is to remove the older, more polluting vehicles from the road, though many offers are flexible, and are open to owners of relatively new model – cars registered as late as 2014 qualify for many of the schemes listed here.

It would be naïve, however, not to consider that the brains behind each scrappage offer hope the incentives will lead to an increase in sales figures too. The UK car market is suffering for a number of reasons, and one likely contributor is the uncertainty over diesels and the overall future of internal combustion cars. Something not helped by the number of big cities annoucing bans on petrol and diesel cars set to come into effect over the coming years.

Market leaders Ford reckon taking all 19 million (estimated) pre-Euro 5 cars off the road in the UK, would reduce CO2 emission by as much as 15 million tonnes per year while also reducing NOx and particulate emissions. Andy Barratt, chairman and MD of Ford of Britain, said: “Removing the most polluting vehicles will have the most immediate positive effect on air quality, and this Ford scrappage scheme aims to do just that.” Its scheme is amongst those which promises to crush each vehicle that is traded in.

To make sure you can understand whether you really are having a positive impact on the environment, rather than just getting a bit of a deal on a new car, we’ve created this summary. Depending on what you are planning to trade in for, the savings available range from £2,000 to £7,000, so read on below to find out whether you can do the environment a favour and get yourself some new wheels.

Ford will offer a reduction of between £2,000 and £4,250 on the list price of a new model when trading in your old car, with the S-MAX getting the most discount, and the Fiesta getting the least. Traded in cars must be pre-Euro 5 models registered before 31 December 2009. The scheme started on 1 September and was extended by Ford in to 2018. Every car traded in will be crushed.

Drivers trading in their old Euro 1 to Euro 5 petrol or diesel vehicles can benefit from discounts of up to £5,000 on a new Hyundai. Euro 1 to Euro 3 models will be scrapped, while Euro 4 – 5 vehicles will be sold on by dealers. The biggest savings are to be made on a new Santa Fe, with £5,000 off the list price. Buyers opting for smaller models like the i10 will still benefit from up to a £2,000 bonus. The offer runs until the end 1 March 2020.

Kia is offering up to £2,500 to drivers trading in their old car for a new Sportage, Picanto, Rio, Niro PHEV, Niro self-charging hybrid or Stonic. The scheme is available at Kia dealers across the UK and has been extended to run until 31st March 2020. Cars traded in must have been registered before 31st March 2013, and the fee is in lieu of other Kia incentives offered. The deal requires no special measures by owners; as long as the owner details of the old vehicle match that of the new vehicle, the discount is guaranteed. All vehicles traded in will be scrapped through regulated sites.

Mazda’s scrappage scheme offers owners who trade in cars registered before 31 December 2011 up to £5,000 towards a new sub-144g/km Mazda. The scheme runs until the end of March 2020 and replaces other offers by Mazda unless otherwise specified by the dealer. Drivers who opt for sub 144g/km models like the 2 will receive a scrappage saving of £3,000 towards their new car, while those who trade in for larger CX-5 with SKYACTIV-G petrol engines receive £4,000. The car must be registered to the owner for at least 60 days before it can be scrapped.

Owners of vehicles older than seven years that they’ve had for at least six months qualify for Toyota’s scrappage scheme. The offer is available all cars and light commercial vehicles. Trade-in applies to Aygo and Yaris, excluding base-spec Active, X and hybrid vehicles. The scheme runs until 31 March 2020.

Will you be taking advantage of these extra savings? Let us know in the comments below. 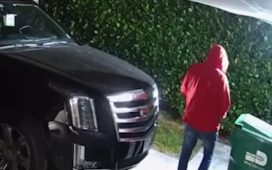