The Nissan Leaf was the first truly mass-market EV, with close to 600,000 examples of this electric hatchback produced to date – and a good chunk of them have come from the firm’s factory in Sunderland.

It was the UK’s best-selling electric car for some years, and near enough had the family electric car segment to itself. But there’s been lots of growth in this area in the past few years, with the Leaf now facing tough competition from the likes of Volkswagen, Kia and Hyundai. So can it remain competitive next to newer and fresher-faced rivals?

Nissan has continued with model-year updates ever since the introduction of the second-generation Leaf in late 2017. Following additions of a larger battery, as well as a new touchscreen in the past few years, the Japanese firm’s updates are smaller in 2022 and predominantly focus on the visuals.

There’s Nissan’s new logo adorning it, while there’s a choice of funky new 16- and 17-inch alloy wheels to make the ageing hatchback stand out a little further. There are two new colours on offer too, as seen on the Ariya and Qashqai – Pearl Blue and Magnetic Blue.

Nissan offers two battery options on the Leaf – an entry-level 39kWh setup, and a more powerful, longer-range version we’re testing here, which is known as the E+.

Pairing a 59kWh battery with an electric motor producing 217bhp and 340Nm of torque, the Leaf is able to accelerate from 0-60mph in 6.7 seconds and can reach a top speed of 98mph.

In terms of range, this longer-range Leaf can travel up to 239 miles to a charge (next to the standard car’s 168-mile range), while it can charge at up to 100kW using its ‘CHAdeMO’ connector, which allows a 10 to 80 per cent charge in around 40 minutes.

Though the Leaf might be getting on a bit, it still drives well. All electric cars have a sense of immediacy, but the way this Nissan gets up to speed is still impressive. If you put your foot down hard the power almost overwhelms the front wheels, but even under mild acceleration, it feels more than quick enough. The one-pedal driving (which Nissan calls e-Pedal), is also one of the best around.

Nissan’s ProPilot driver assistance technology remains some of the best too – unobtrusive in not trying to keep you in the centre of your lane at all times, but great at making driving on a motorway or dual carriageway much easier. There are some areas of weakness, though, with refinement being the main one. EVs are generally very quiet, but there’s lots of wind and road noise with the Leaf which means it’s not as peaceful on the move as you’d hope.

The first-generation Leaf was quite a boldly-styled model, with the second model adopting a more conservative look. A few years later, there’s no escaping the fact that it’s just starting to look a bit old. It lacks the smart, modern design that you get from the Volkswagen ID.3, for example, and just looks a touch plain to our eyes.

Our car’s silver paintwork didn’t really do it any favours, though the contrasting black roof was a neat touch. Sadly, the Leaf’s new wheel designs seem to make it look worse. They’re most certainly different, but look overly fussy and with their 30 spokes, they’ll be a pain in the proverbial if you ever want to clean them.

It’s a similar story in the Leaf’s interior; there’s nothing really wrong with the cabin, it just lacks flair and looks a bit dated. The eight-inch touchscreen is easy enough to use, but doesn’t have the clarity and functionality of more modern rivals. There are some smart elements, such as the ultrasuede and leather-trimmed seats, while the steering wheel and semi-digital dial display are highlights, but the overall quality falls short of the standard.

On the plus side, the Leaf remains as roomy as ever. The rear seat space is excellent and ideal for families, while the 435-litre boot is a good size. It does have a high lip, however, while high-spec cars fitted with a Bose sound system have a subwoofer in the boot that eats into the room on offer.

The Leaf remains fantastic value for money, comfortably undercutting rivals from Kia and Volkswagen. Prices start from £28,995 for the 39kWh model, which is actually less than what you’d pay for even the cheapest Fiat 500 EV, yet it still comes well-equipped with a reversing camera, blind spot monitoring and an eight-inch touchscreen.

Prices do rise considerably if you want the larger battery, with the most affordable version coming in at £34,945, though it adds climate control, heated front seats and a heated steering wheel.

Our car in top-spec Tekna trim came in at a steep £36,445, with additional kit including the excellent ProPilot driver assistance package, a Bose sound system and LED headlights.

Even several years later there’s a lot to like about the Nissan Leaf. It’s spacious, easy to drive and well-equipped, and very good value with the smaller battery option.

The electric car market has moved on significantly in the past few years, though, and the Leaf’s design, interior and driving experience can’t quite cut it with the best these days. It’s still a credible option as a first EV, but there are better electric cars on the market for not too much more money, in big battery form at least. 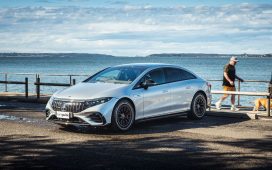 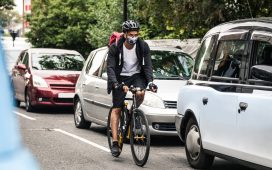 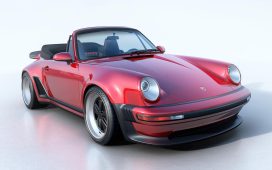