Electric vehicle market goes from strength to strength even despite Covid-19 pandemic, with UK sales making up more than one in ten new car registrations in 2020

Electric vehicles surged to record sales figures in the UK last year, as battery and plug-in hybrid cars and vans seized more than ten per cent of total market share amid plunging petrol and deisel sales, according to the latest industry figures released today.

Demand for battery EVs grew by a whopping 186 per cent throughout 2020 to reach over 108,000 sales, while registrations of plug-in hybrids rose by more than 90 per cent to almost 67,000, figures from the Society of Motor Manufacturers and Traders (SMMT) show.

Together, battery and plug-in hybrid vehicles accounted for more than one in ten new car sales in the UK last year, a huge leap from around one in 30 in 2019.

The EV sector is also set for further growth through 2021, according to SMMT. More than 100 plug-in car models are now available on the market, while manufacturers are scheduled to bring a further 35 to market in 2021 – more than the number of either petrol or diesel new models planned for the year.

However, the trade body stressed that stronger incentives and more investment in EV charging infrastructure throughout the UK – particularly on-street charging points – would be key to driving further growth in battery car sales among private buyers, noting that more than than two-thirds of 2020 sales were for company cars.

The continued growth in EV sales came despite a torrid year for the broader car market, as overall demand fell 29 per cent to its worst level since 1992, amid widespread showroom closures and a reduction in travel spurred by the coronavirus crisis.

Mike Hawes, SMMT chief executive, said after what would be seen as a “lost year” for the automotive sector in 2020 due to the pandemic and uncertainty over Brexit trading conditions, the industry “must make 2021 a year of recovery” by focusing on ramping up EV production.

“With manufacturers bringing record numbers of electrified vehicles to market over the coming months, we will work with government to encourage drivers to make the switch, while promoting investment in our globally-renowned manufacturing base – recharging the market, industry and economy,” he said.

Late last year the government announced a new phase-out date for fossil fuel car and van sales of 2030, while all plug-in hybrid cars will now need to be removed from sale by 2035, giving the car industry a decade to shift over almost entirely to EV production.

Lucy Simpson, head of EV enablement at Centrica Business Solutions, described the latest EV sales figures as “encouraging”. “Barriers to adoption like vehicle choice and range anxiety seem to be disappearing as fleet-operators become more convinced of the benefits of making the switch. A more proactive approach towards sustainability from business is a major reason for this increased appetite for zero emission vehicles.”

She added: “Government support for charging infrastructure is also playing a key role and we support a Zero Emission Mandate for car manufacturers to ensure the UK transitions to electric by 2030, but in the interim EV purchase grants should continue.”

The EV market also continues to go from strength to strength worldwide, as major manufacturers scramble to ramp up production of battery cars in response to growing demand, as well as regulatory and investor pressure to shift away from fossil fuel cars.

The latest UK battery car figures came as it emerged Norway reached a major milestone for EV sales, becoming the first country in the world to see sales of electric cars overtake those of internal combustion engine vehicles last year. Battery electric vehicles made up 54 per cent of all new cars sold in 2020, up from 42 per cent in 2019 and from just one per cent of the overall market a decade earlier, according to figures from the Norwegian Road Federation (OFV).

Surprise! These 2 Auto Stocks Are Beating Tesla This Year – Nasdaq 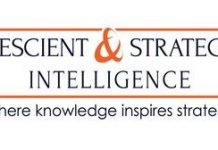