MPs are calling on the Government to set up an independent fuel price watchdog by the name of ‘Pumpwatch’ following accusations that fuel retailers are increasing their profit margins at the expense of motorists.

The All-Party Parliamentary Group (APPG) for Fair Fuel says fuel retailers made an average profit of 8p per litre in the first nine months of 2018, but by the end of the year this figure had increased to more than 13p per litre. Meanwhile, the average profit margin on diesel prices rose from 8.6p to 11p per litre.

Under the APPG for Fair Fuel’s proposals – which follows a petition by pressure group FairFuel UK that collected more than 14,000 signatures – fuel stations which agreed to charge fair prices would be allowed to display a “kitemark” logo.

• Drivers should pay for fuel in advance, says police chief

Conservative MP Kirstene Hair, chair of the APPG for Fair Fuel, commented: “Drivers need reassurance that they are not paying way over the odds for fuel.

“In rural communities where public transport is poor and unreliable, people need their vehicles to get from A to B. It is essential that they pay the fairest price. That is where a price monitoring system would support them.”

Howard Cox, founder of FairFuel UK and secretary to the APPG for Fair Fuel, added: “We need ‘Pumpwatch’ now to ensure pricing fairness for both consumers and hardworking fuel retailers, too.

“Most of the profiteering is at wholesale level, not by small independent retailers, who are also victims of the greedy fuel supply chain.”

The news comes as the latest RAC Fuel Watch data shows the price of fuel at the pump did fall as much as it should have in December in line with oil prices.

However, oil decreased in value by 14.5 per cent at the start of December, which should have meant a considerable drop in pump prices, with the RAC calling for fuel petrol and diesel prices to fall by 8p per litre and 10p per litre respectively in the next month.

RAC fuel spokesperson Simon Williams said “drivers should feel cheated” by the fact pump prices had not fallen as much as they should have and said “smaller retailers ought to be moving their prices down on their own without having to be forced to do so by nearby supermarkets”.

• Is premium fuel worth paying for?

However, the RAC – which provided the data – says retailers have not cut prices as much as they should have in reaction to a decrease in the cost of wholesale fuel.

RAC fuel spokesperson Simon Williams said current prices remain “unnecessarily high”, though, with retailers choosing “not to pass on the savings” they had benefitted from to consumers. Williams considers a fair price for fuel in the current market is “around 120p a litre”.

As of 29 November, the average fuel price at the UK’s four major supermarkets was 121.7p for petrol and 130.96p for diesel, while the same figures for motorway service stations were 145.40p and 153.70p respectively.

Scotland saw the largest regional drop in petrol prices with a 5.61p fall, while the north-east had the cheapest unleaded at 123.92p. In contrast, the east of England was the most expensive place to buy petrol, costing 126.29p per litre.

As for diesel, Northern Ireland saw both the biggest price drop and the lowest price overall, falling by 3.05p to 132.60p per litre. The south-east was the most expensive at 135.17p.

What makes up the price of UK fuel?

The price of fuel can be divided into three sections; the taxes imposed by the Government, the costs of drilling, refining and transporting, and the profit margins for the fuel companies.

For petrol, diesel and bioethanols, the Government gets around 65 per cent of the overall cost through fuel duty and value added tax (VAT). The fuel duty represents the fixed price of fuel – it stays the same regardless how much overall oil prices fluctuate. Currently, the Treasury adds 57.95 pence to each litre of fuel through fuel duty, and another 20 per cent through VAT. How much you pay in VAT depends on how much fuel you purchase.

The second biggest chunk comes from the wholesale costs of the fuel itself. The wholesale cost is a combination of currency exchange rates, global oil prices, and even domestic supply and demand.

Finally, the smallest share of what motorists have to pay for fuel comes from the filling stations themselves. A typical fuel station profits around 2p-5p per litre, but tough competition can drive this down further. Supermarkets increasingly use fuel prices as a loss leader to tempt customers in.

Why is supermarket fuel cheaper than an independent forecourt?

Supermarket forecourts usually offer the cheapest fuel prices and this is because of the market power supermarkets hold. Companies like Asda, Tesco, Sainsbury’s and Morrisons are all in competition with one another, so they keep fuel prices as low as possible hoping that when motorists come to fill their tank, they might do their weekly grocery shopping, too.

However, the AA’s Fuel Price Report found that supermarket prices are getting closer and closer to prices on independent forecourts. The price gap between the Big-Four (Tesco, Asda, Sainsbury’s and Morrisons) and non-supermarket rivals has fallen below 3ppl for the first time in 12 months.

There are persistent rumours that supermarket fuel contains fewer additives and is of lesser quality than fuel from traditional forecourts, but there’s little hard evidence of this. All fuel sold in the UK has to abide by the standards set in the Motor Fuel Regulation.

Why is diesel more expensive than petrol? 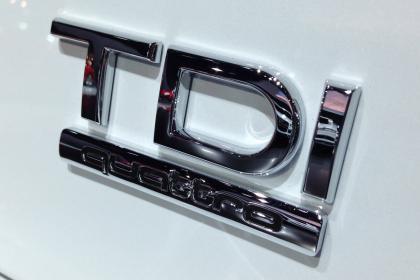 Although diesel and petrol are taxed the same by the Treasury, historically diesel has been more expensive than petrol, as domestic refineries have struggled to meet demand. This has forced the UK to import diesel from other countries at a greater rate than petrol.

However, the influx of cheap diesel from countries like Saudi Arabia has turned the tide, swinging diesel wholesale prices closer to that of petrol, and bringing the pump price down with it.

Why is fuel so expensive on motorways? 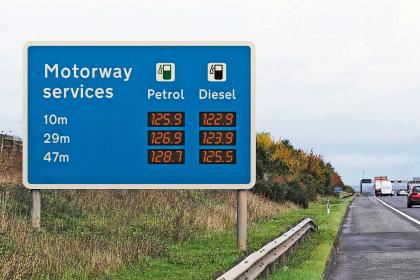 • How to test cars for real world mpg

In more remote areas, fuel is often more expensive because of the higher transport and supply costs, but according to RAC fuel spokesman Simon Williams, this doesn’t apply to motorway stations: “We can see no reason why motorway fuel should be so much more expensive. In fact, arguably it is much easier from a delivery point of view than it is getting fuel to urban filling stations.”

A new pilot scheme by the UK Government is installing electronic boards on the M5 between Bristol and Exeter that display motorway fuel prices. Similar systems can be found in countries like France, and if the trial is deemed successful, more motorways across the UK will see electronic signs posting fuel prices. This would provide some much needed price transparency for motorway drivers.

What’s your view on fuel prices in the UK? Do we pay too much for our petrol and diesel? What would you do about it? Join the debate in our comments section below…