If you’ve watched the popular British motoring show Fifth Gear, then you undoubtedly know Jason Plato and his driving style. If you haven’t and don’t know who he is or how he drives, then you may want to check out his hot lap video aboard the Porsche Taycan Turbo S.

Plato is not only a fairly experienced professional racing driver, but he’s also owned his fair share of Porsche models over the years, so he knows what to expect from one of these cars. He points out at the start of the video that even though the Taycan Turbo S has excellent specs on paper, it is imperative that it delivers the kind of performance, control and thrills around a track that one expects from a car bearing this badge.

And as we already know from all the other fast drivers who have had a go in the Turbo S around a track, it’s pretty great. Plato’s opinion does not stray from that because he quickly discovers just how good the all-electric Porsche saloon is around the bends – he points out that it is so quick and capable that driving it at the limit requires a lot of concentration.

He also says that even though he personally has not been a fan of electric cars, vehicles like the Taycan will change his mind. Check out his full opinion on the Taycan Turbo S in the video above. 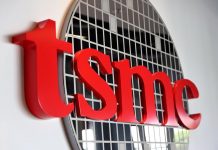