SALT LAKE CITY — The voices of some 300,000 Utahns and the 6,000 or so tech companies that directly and indirectly employ them could, if combined, become a powerful force for change in the state.

And that’s exactly what the recent union of Silicon Slopes and the Utah Technology Council plans to harness as it brings that collective impetus to bear on issues important not just to Utah’s burgeoning tech community, but the entire state.

Last spring the two tech-centric groups joined to create a two-part entity that instantly became one of the most politically powerful in a state where tech is evolving into the primary economic driver.

The new alignment combines Silicon Slopes’ mission as an education, community-building and outreach organization with the tech-focused, public policy advocacy focus of the technology council.

Now, just ahead of the 2020 legislative session, the two organizations have completed the process of joining and have rebranded along the way, with Utah Technology Council renamed to be the Silicon Slopes Commons.

At the head of the dual-threat effort is Clint Betts, Silicon Slopes co-founder and the group’s current president/executive director, who took over the same role at the Commons. Betts said the effort has already rung up its first victory in officially combining what was formerly two related, but separate, tech-focused organizations.

“The first win for us with Utah Technology Council and Silicon Slopes under the same umbrella was uniting the community once and for all to speak with one unified voice,” Betts said. “Not only for the tech community but for the entire state of Utah.

“We wanted to look at this not just as another narrowly focused advocacy group, but let’s look at Utah and see how we can make a difference to the state as a whole.”

Silicon Slopes has built a wide following and drew around 24,000 attendees to its annual tech summit last January, while the Silicon Slopes Commons boasts 400 member companies among its ranks.

And while the massive economic footprint of Utah tech — which includes accounting for 1 in every 7 Utah jobs and generating some $30 billion of the state’s annual gross domestic product — was well accounted for in a deep-dive report assembled by the University of Utah’s Kem C. Gardner Policy institute last year, the high-technology and innovation industries sector has not, until now, had a path by which to focus its clout when it comes to public policy issues.

The differing tax structures of each entity — Silicon Slopes as a 501(c)(3) and Silicon Slopes Commons as a 501(c)(6) — defines what each nonprofit can and cannot do in the course of business. While Silicon Slopes is limited in its outreach to education efforts and some advocacy, the (c)(6) designation of the Commons allows for broader lobbying and direct involvement in advocating on behalf of public policy issues as a trade organization.

Betts said the groups are prioritizing their support of funding and implementation of a plan to put computer science education in every Utah public school by 2022 — an effort that Gov. Gary Herbert recognized in his recently released budget proposal with a $10 million funding request — but the list of critical issues goes much deeper.

“For us, it’s focusing on education, diversity and inclusion, transportation and workforce issues,” Betts said. “But the broader thing, and the thing that we see all four of these encompassing, is extending opportunity to all.”

While average tech wages are already outstripping the combined average of all other Utah job categories by almost a 2-to-1 margin, Betts said addressing wage equity challenge is just one of the many issues that extend beyond the realm of the tech community.

“Housing, the opioid crisis, homelessness … even immigration are all issues that we could be taking on,” Betts said. “I think you’ll see us weigh in on things that most people probably wouldn’t expect us to weigh in on.”

While strategic public policy advocacy will be front and center for the Commons, one thing it will be avoiding, Betts said, is endorsing or otherwise supporting individual political candidates.

“Currently we have no intention of getting involved in political campaigns,” Betts said. “No endorsements, no contributions. That’s just our rule. Under the IRS’s 501 (c)(6) rules you can do that, but we currently see no reason why we should be playing there. There’s so much else to do and solve.”

Carine Clark, Silicon Slopes Commons board chairwoman, is a veteran Utah tech entrepreneur who has lived both ends of the spectrum, from struggling startup to company CEO. She said both groups will continue to be support mechanisms for the state’s tech community, but also see a wholistic necessity in working to address the gamut of the state’s most critical issues.

“We are all committed to Utah and the issues we’re facing together, as a state,” Clark said. “With this new combined Silicon Slopes and tech council we can do things really quickly and put a lot of wood behind the arrows.”

Clark also noted that the approach will be one based on a well-researched and thought out grassroots policy strategy that will aim for collaborative solutions versus simply imposing its collective will on Utah lawmakers.

“We haven’t carved out a billion dollars for lobbyists,” Clark said. “We are a mighty voice and a mighty team and we’re very organized. And, that’s why we’re so focused on a few things.

“We care about quality of life for our residents, air quality, transportation, housing, outdoor recreation. We want to make sure Utah continues to be a business-friendly environment and we don’t want to slow down what’s happening in Utah.” 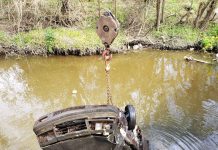 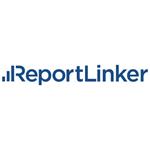