The first test mule for the upcoming all-electric Volkswagen I.D. Crozz has been spotted during winter testing. It will arrive in showrooms in 2021 around 12 months after the I.D. hatchback goes on sale.

This prototype is a testing platform for Volkswagen’s all-new, all-electric SUV drivetrain and MEB underpinnings. A Volkswagen Tiguan body is being used as a disguise, being stretched over the I.D. Crozz’s larger floor-plan, hence this mule’s skewed proportions, thicker sills and bulbous charging socket in place of a fuel filler cap.

The first iteration of the Volkswagen I.D. Crozz was first unveiled at the Shanghai Auto Show in April 2017. It was quickly revised in time for the 2017 Frankfurt Motor Show, providing a better indication of the production model’s design and powertrain, detailing its rough silhouette, 4Motion all-wheel drive system and electric propshaft.

As this mule wears the current Tiguan’s body as a disguise, Volkswagen’s Frankfurt concept is our best indication of how the I.D. Crozz will look. The revised version got 21-inch alloy wheels, rugged exterior plastics and a new pair of LED headlights said to be “more representative of those in a production car.”

Owners will be able to use voice control to “wake up” the car and open or close its doors, as well as activate the I.D. Pilot autonomous driving mode. The I.D. Crozz concept featured five Smart Lights, activated through voice commands, as well as a gesture-controlled illuminated panoramic roof. Conventional rear-view mirrors have also been replaced by rear-view cameras which relay their feeds to the car’s central infotainment screen.

As the battery pack has been integrated into the car’s spine, the interior of the I.D. Crozz is spacious. Volkswagen describes the layout as “lounge-like,” with four individual seats and a completely flat floor offering plenty of leg- and head-room. The digital dashboard and retractable steering wheel are fully prepared for autonomous driving, and can also be operated through voice and gesture control.

The hovering 10.2-inch infotainment screen and instrument panel are trimmed in black leather and red piping. There’s a decent 515-litre boot, too, though VW hasn’t issued any numbers with the rear seats folded flat.

Just as the I.D. hatch is launching as an EV alternative to the Golf, the I.D. Crozz is an electrified surrogate to the Tiguan SUV. The 101bhp front motor combines with the 201bhp rear motor for a total of 302bhp. It will have a range of 500km (311 miles), charge to 80 per cent capacity in 30 minutes and hit a top speed of 112mph.

The electric 4Motion system sends power to all four wheels, with VW claiming the revised Crozz is “equally impressive in the city as it is on unpaved trails,” while near-50:50 weight distribution gives it “handling properties on the same level as a Golf GTI.” Other chassis features include electronic dampers and a newly-designed multi-link rear suspension setup.

Whether or not these technology, drivetrain, chassis and styling features will make their way onto the production model I.D. Crozz is yet to be confirmed. More production-ready test mules and teaser images will likely follow soon, and we’ll update you with the latest information once it becomes available.

What do you think of the latest addition to the Volkswagen I.D. family? Let us know in the comments section below… 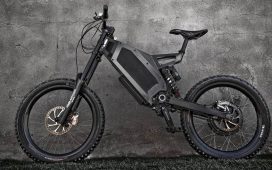 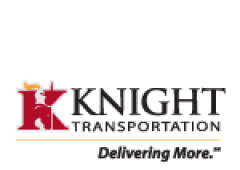 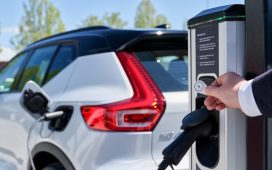