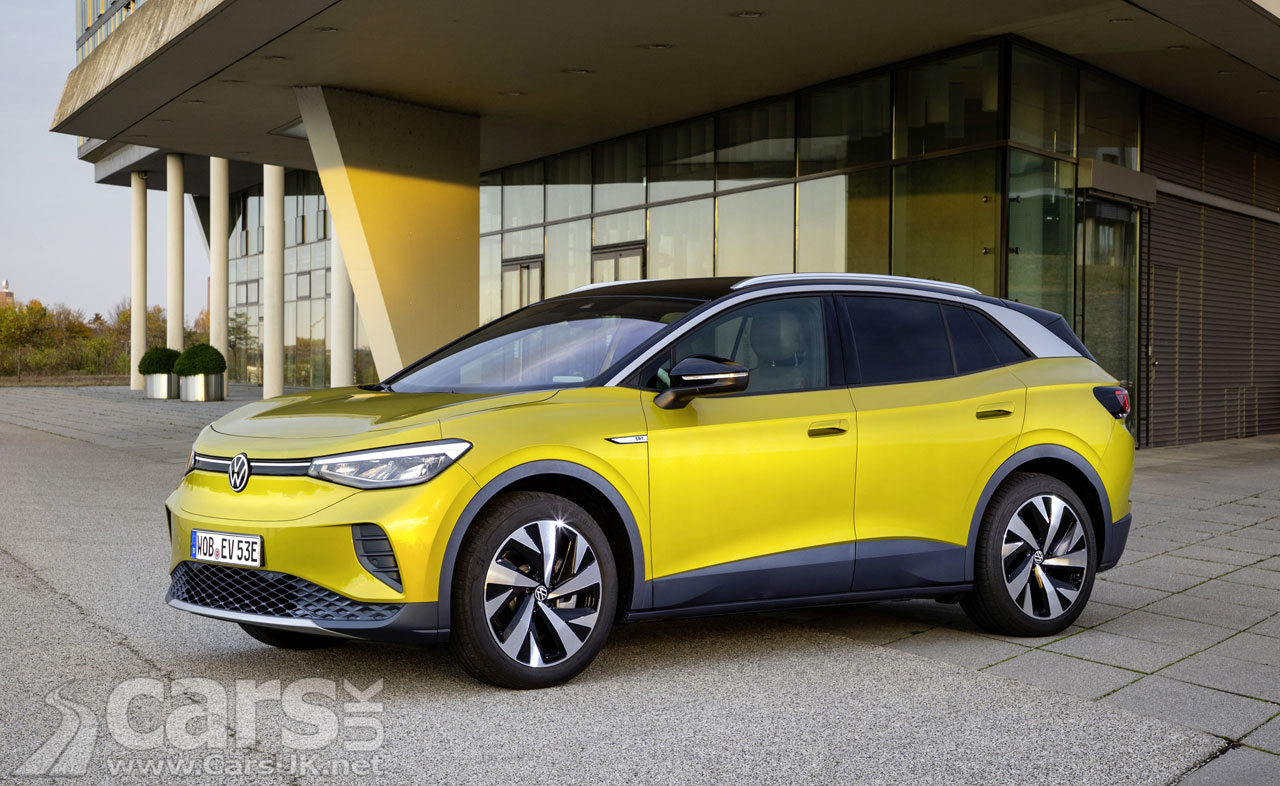 VW ID.4 Electric SUV now on sale in the UK

We’ve had Volkswagen’s first ‘ID’ electric car for a while with the ID.3 Hatch, but the car VW expect to be the sales star is the electric ID SUV – the VW ID.4.

Revealed last autumn, the ID.4, unlike the ID.3, will be on sale in the US too, so sales are likely to be much stronger than for the ID.3. And now the VW ID.4 is on sale in the UK.

Unlike Germany, where VW is offering the ID.4 initially as a First Edition and a First Edition Max, the UK is just getting the ID.4 First Edition, which comes with a 77kWh battery and a range of 310 miles (which seems to have shrunk a bit since the ID.4 was revealed last year), ahead of other models arriving later.

The official range of over 300 miles is decent, and the battery can be topped up quickly at a rapid charge station (up to 125kW) for as much as 200 miles of range in half an hour.

With the popularity of SUVs as high as ever, we are proud to be introducing our first all-electric contender in the form of the ID.4. Its external dimensions are similar to the Tiguan, but thanks to the MEB platform and the packaging benefits of an electric drivetrain it boasts even more interior space along with that all-important lofty driving position.

On sale now from £37,800 (after PiCG), the first ID.4 models will arrive with UK customers in March.