Warren Buffett’s Berkshire Hathaway likely scored a $50 billion gain on its Apple investment in 2020, lifting its total paper profits from the technology bet to north of $90 billion in less than five years.

The famed investor’s company plowed about $35 billion into the iPhone maker between 2016 and 2018, securing a roughly 5.5% stake. Apple’s climbing stock price more than doubled the value of Berkshire’s position to about $72 billion at the start of 2020, then boosted it to $109 billion by the end of September, despite Buffett and his team selling close to 4% of their stake in the third quarter.

Read more: Anthony Scaramucci told us 3 reasons why he sees bitcoin going to $100,000 by December 31 – and why SkyBridge partners have put $25 million of their personal assets into its newly launched crypto fund

Assuming Berkshire didn’t sell more shares last quarter, its position was worth about $125 billion at the end of December, thanks to a remarkable 78% rise in Apple’s stock price last year. That would represent a $50 billion gain on the holding in 12 months, and a roughly $90 billion or 250% gain on its original wager, ignoring a few tweaks to the size of the stake over the years.

Berkshire’s Apple bet proved to be a blessing last year, as other key holdings such as American Express, Bank of America, and Coca-Cola disappointed. However, Buffett’s company has become increasingly reliant on the tech titan – its Apple stake accounted for almost 48% of its $229 billion stock portfolio at the end of September, and continues to be worth more than 20% of Berkshire’s market capitalization.

Read more: A Refinitiv research chief outlines 6 key investing themes that will drive markets in 2021 – and explains how you can capitalize on each within your portfolio

Buffett has downplayed any concerns about the concentration. “I don’t think of Apple as a stock,” the Berkshire CEO told CNBC’s “Squawk Box” last February. “I think of it as our third business,” he continued, along with railroads and insurance.

The consumer-electronics giant is “probably the best business I know in the world,” Buffett added.

Here’s a chart showing Apple’s remarkable rise over the past five years: 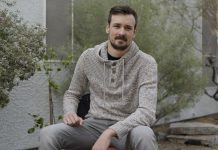 Apple may pull Parler, the conservative social app, from the App Store

Make your tweets Instagram-ready with Tweetly