It’s been an unprecedented year of upheaval across the globe, one that has dramatically impacted all manner of sporting competition, with the 88th 24 Hours of Le Mans being no exception. The world’s oldest active sports-car race was forced to move from its customary June start date to September 19 and 20, and for the first time ever, there will be no spectators at the track during the race.

But there will be millions of viewers tuning in when the green flag finally drops and the cars begin roaring around the Circuit de la Sarthe, and the MotorTrend App is the EXCLUSIVE SPOT IN THE U.S. where fans will be able to see the full 24 Hours of Le Mans in its entirety.

As the official presenter of the 2020 Le Mans race, MotorTrend is able to bring fans unprecedented access to the entire spectacle, including qualifying on Thursday, Sept 17, the green flag at 8:30 a.m. ET (5:30 a.m. PT) on September 19, and the checkered flag after 24 hours of on-track battle. In addition, users will be able to view the race straight from the dashcams of the competitors, and other special presentations will be available for viewing prior to and during the Le Mans weekend.

MotorTrend has been heavily involved with the 24 Hours of Le Mans for some time, and when you sign up for our special offer of only $2 a month for a year, you’ll be able to brush up on recap coverage and view other special related Le Mans features back to 2018. For the uninitiated, the 24 Hours of Le Mans is one of the most prestigious races in the world and is part of the triple crown of motorsports alongside the Monaco Grand Prix and the Indianapolis 500. So yeah, it’s a big deal.

So if you’re looking for Le Mans, you’ve come to the right place. Just sign up at the MotorTrend App and after you do, be sure to take spin through everything the MotorTrend App has to offer. We bet you’ll be sticking around for next year’s race.

WHILE YOU’RE WAITING FOR LE MANS, CHECK THIS OUT…

DTM CHAMPIONSHIP
One of the preeminent race series in the world, the DTM Championship features top professional drivers competing in highly modified Audi and BMW production cars. And it’s running its 2020 season now.

Diesel Technology’s Role in the Future

If you like electric cars, or motorcycles (or both!), stop what you’re doing and watch Long Way Up

Explosive goes off on woman’s car 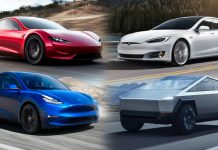