Hello, Warren Murray bringing you this Wednesday briefing, into which there is quite a bit to pack.

Georgia’s high-stakes Senate runoff races remain on a knife-edge this morning after polls closed overnight and counting got under way. The Republican incumbents Kelly Loeffler and David Perdue have faced an extremely strong challenge from the Atlanta pastor Raphael Warnock and the former documentary film-maker Jon Ossoff for the Democrats. Control of the US Senate hangs in the balance – a Democratic victory would give Joe Biden freedom to pursue an agenda that would, as he has put it, “chart the course not just for the next four years, but for the next generation”. As the Briefing is published, the Democrats’ Warnock looks to be in particularly strong position; while Jon Ossoff trails David Perdue by less than 1,000 votes – most of the outstanding votes in that race are in Democratic-leaning counties.

A short time ago Warnock gave what amounted to a victory speech, saying: “Georgia, I am honoured by the faith that you have shown in me. I am going to the Senate to work for all of Georgia.” There has been a record turnout, including among black voters, and the Atlanta area that was crucial to Biden’s presidential victory against Donald Trump could prove crucial. Democrats need to win both seats if they are to balance the chamber at 50/50 seats across the aisle. An even split would hand Kamala Harris, the vice-president-elect, the deciding tie-breaker vote and with it the ability to shape the Senate’s legislative programme. Here’s where you can find our live coverage.

Separately, as Donald Trump piled pressure on Mike Pence to hijack today’s certification of the presidential election results, the vice-president’s advisers said he planned to stick to his duty of simply presiding over the procedure, which takes place in a joint sitting of the House and the Senate. Pence’s chief of staff, Marc Short, told Reuters that the vice-president “will uphold the Constitution and follow the statutory law”, while another former White House official close to Pence’s team said: “It is a ceremonial role. It is opening up envelopes and reading the contents of it. That’s it.”

> Police officers will not be charged in the Kenosha, Wisconsin shooting of Jacob Blake. The local district attorney said Blake had a knife and resisted arrest, while Tasering had failed to stop his attempts to flee in a car containing his children. Protests erupted after Blake was shot in the back, leaving his legs paralysed.

> Thousands of vulnerable children have been sent to unregulated and sometimes risky care homes during the pandemic, a Guardian investigation has found, with councils saying they have no other option. One council chief described these homes as the “wild west”.

Hakeem said being moved into supported housing in south-east London at age 17 brought him into contact with class A drugs and people carrying knives. The England children’s commissioner is calling for an end to such placements for under-18s.

> A Pakistani court has outlawed the practice of subjecting female rape survivors to a virginity test in an unprecedented ruling. Lahore’s high court ruled the test has no legal basis and “offends the personal dignity of the female victim”.

> Donald Trump should not be prosecuted by whoever becomes Joe Biden’s attorney general, James Comey has said. The former FBI director and Trump critic writes in a new book that “the mission of the next attorney general must be fostering the trust of the American people” after Trump trashed the institutions of government.

> North Korea’s ruler, Kim Jong-un, has admitted his economic policies have failed “in almost all areas to a great extent” at the first congress of the country’s ruling party in five years.

‘Arrested for democracy’ – More than 50 pro-democracy politicians and campaigners have been arrested in early-morning raids in Hong Kong, in an unprecedented crackdown by authorities. They were reportedly held under the national security law imposed by China over accusations they “subverted state power” by holding democratic primaries and saying they intended to win a majority of seats in the Hong Kong election. The sweeping arrests came without warning and shocked observers. Campaigners had been aiming for 35 seats – a majority in the legislative council. “Being arrested for sedition for taking part in democracy 35+,” tweeted Dr Kwok Ka Ki, one of four legislators disqualified in November, who was detained on Wednesday morning. UK-based Hong Kong Watch accused Beijing of “once again undermining Hong Kong’s democracy and breaching its obligations under the Sino-British Joint Declaration”.

CEOs creaming it in – Bosses of top British companies will have made more money by teatime on Wednesday than their average worker’s entire yearly wage, according to an independent analysis. Chief executives of FTSE 100 companies earn a median average of £3.6m a year, which works out at 115 times the £31,461 collected by average full-time UK workers, according to the High Pay Centre thinktank. Frances O’Grady, general secretary of the TUC, said it “tells you everything you need to know about how unfair our economy is”. The online supermarket Ocado is singled out as having the biggest pay gap from top to bottom. Its chief executive, Tim Steiner, was paid £58.7m in 2019 , which works out at 2,605 times the £22,500 paid to the online grocery delivery company’s staff on average.

Highlands wave jobs goodbye – The Highlands are heading for further winter redundancies as tourism businesses shed jobs amid the latest coronavirus wave, compounding the loss of essential migrant workers because of Brexit, campaigners have warned. European workers have been fundamental to the Highland economy and society, writes Libby Brooks, and their loss is likely to compound what analysts have described as a demographic timebomb facing the region.

Analysis by Highlands and Islands Enterprise has found unemployment increasing faster across the region than the rest of Scotland and almost trebling among young people. Martin Kovács, who came from Hungary to Scotland to work in tourism in 2018, is one of those made redundant. “Scotland really does rely on people like me, and we bring something positive to the country.”

Motor trade in wartime slump – The pandemic pushed UK car sales in 2020 down to the lowest level since 1992, the worst slump since the second world war, despite surging sales of electric cars. Sales fell by 29% to about 1.63m, the Society of Motor Manufacturers and Traders says. The first lockdown was imposed in March, the crucial month when sales are usually helped by a change in number plates. Car showroom closures in England from late March until June forced companies to move to online sales and bring in social distancing in factories. Sales of plug-in electric cars nearly trebled to just under 110,000, accounting for about 6.6% of overall sales. Adding plug-in hybrid electric cars meant the market share rose above 10% for the first time.

Today in Focus podcast: Is your boss spying on you?

In other years the threat of bad luck if you fail to take your Christmas decorations down by Twelfth Night might have meant something.

But baubles, lights and trees are being left in place this year by a few who have decided to spread cheer in Covid times by embracing an older, medieval tradition, which dictates that rather than ending in early January, Christmas celebrations should last until the next Christian holy day, Candlemas (2 February).

Tributes have been paid to Colin Bell, one of Manchester City’s greatest players, who has died aged 74 after a short illness. The WTA’s top players will converge on Abu Dhabi to begin a season that is vulnerable to Covid-19 and financial worries. Sri Lanka have full confidence in their biosecure arrangements for the upcoming series against England, with the chief question now being whether Covid-19 was able to spread among the tourists during the journey from London last weekend.

José Mourinho believes Tottenham’s players have shown their desire to end the club’s trophy drought after booking their place in the Carabao Cup final with a 2-0 win against Brentford. Britain is heading for a “perfect storm” in which a further reduction in activity levels during the winter lockdown has a disastrous effect on physical and mental health, a world-leading sports scientist has said. Ole Gunnar Solskjær has dismissed complaints from Jürgen Klopp and José Mourinho regarding the number of penalties Manchester United win, saying it is up to the Liverpool and Tottenham managers if they want to “spend time worrying” about it.

Asian markets have mostly been lower – notably the Hang Seng, which dropped 0.8% after those sweeping arrests of pro-democracy figures. A move by the Trump administration to further sanction Chinese companies has fuelled unease. Before the Asia-Pacific trading session, there had been broad gains on Wall Street, and the FTSE looks set to follow up on that, currently trending towards open higher by half a percent. The pound is worth $1.361 and €1.107 as we bring you today’s Briefing.

Our Guardian print edition leads with “Tough curbs ‘for months’ as 1 in 50 now have virus”, with a sidebar about Brexit cutting off the supply of nine-year-old Alfie Dingley’s vital cannabis-based epilepsy treatment.

The Mirror, you could say, mirrors the Guardian’s lead – “One in 50 infected … and rising”. The Sun says the same while the Metro hits on the even worse local figures: “One in 30 has virus in London”. The Express has “1.1m infected with virus as 1.3m get jabs” and my head is starting to ache with all these numbers …

The i has “Vaccine hubs to open next week as”, you guessed it, “virus infects 1 in 50”. The opportunity to use 2% seems to have gone begging but perhaps it’s just not as compelling in type. “Millions more vaccines on way” says the Times. Is the Telegraph’s splash headline ambiguous? “Pharmacies’ offer to give jabs snubbed by ministers”. The FT leads with “Britain faces long haul out of crisis as Sunak pledges £4.6bn support” – here is our read on that one.

The Guardian Morning Briefing is delivered to thousands of inboxes bright and early every weekday. If you are not already receiving it by email, you can sign up here. 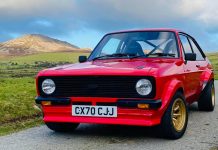 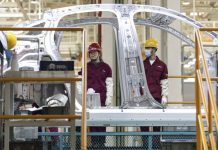 Chinese EV Invasion! The Electric Cars To Look Out For In 2021 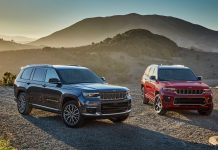 EXCLUSIVE: San Francisco woman speaks out after car burglars pulled gun on her for trying to stop them