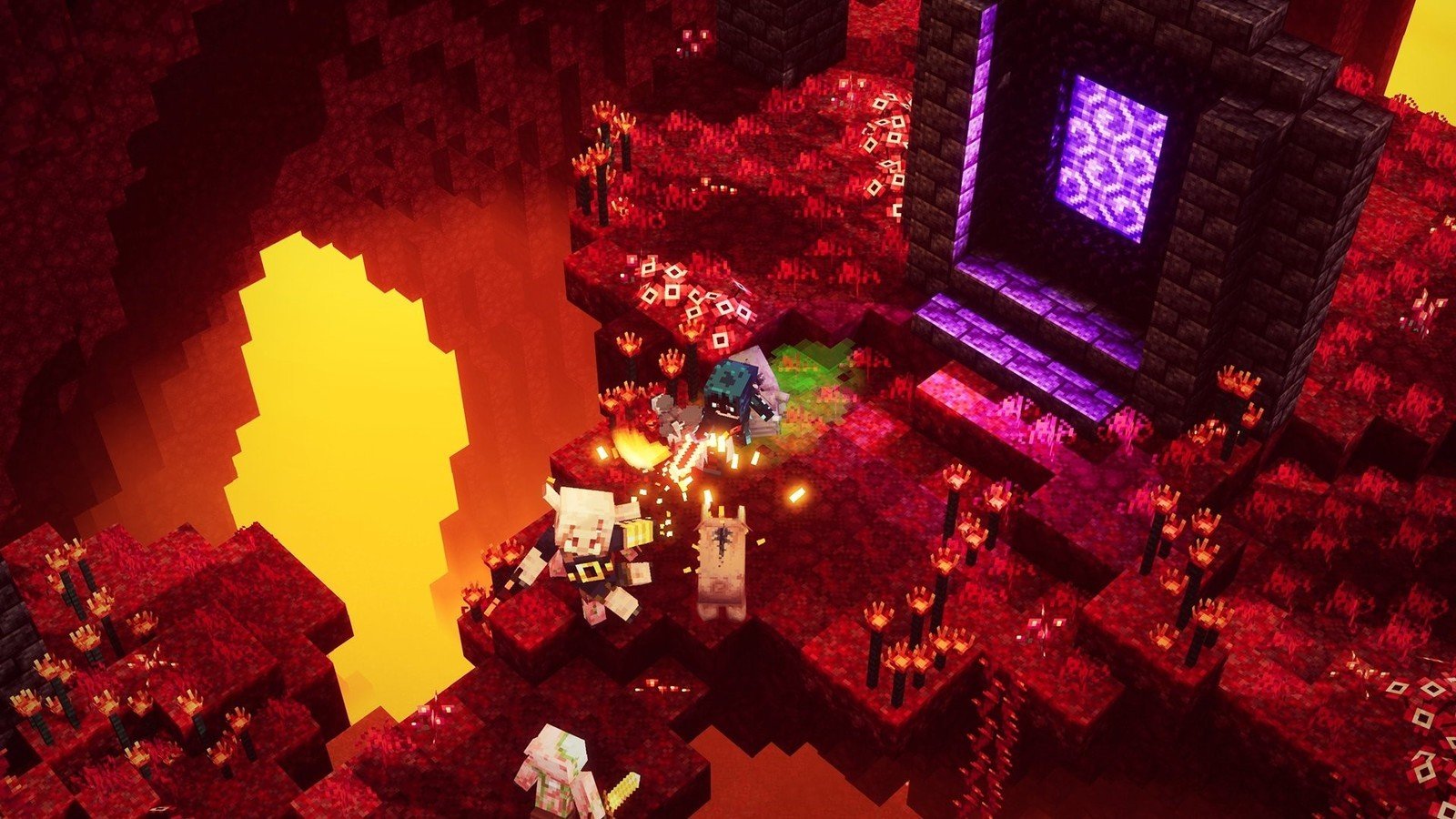 Minecraft Dungeons is a solid and fun-filled Diablo-like ARPG from Mojang Studios, which wonderfully combines co-op focuses, Minecraft, and the constant search for new gear. Despite a sturdy foundation, Minecraft Dungeons did have one major flaw compared to established ARPG legends: players ran out of things to do. After playing through the game’s main island in all three primary difficulty levels, the game just sort of ended, with no indication of what players were expected to do next beyond grind for slightly better gear at the same power level in familiar levels.

This was greatly aided by the addition of Apocalypse Plus difficulty mode. This free update added a further twenty levels of difficulty on top of what already existed in Minecraft Dungeons and massively raised the game’s maximum power level. Even here, though, casual players had difficulty realistically reaching the end, veteran players were able to find exploits to finish Apocalypse Plus relatively quickly, and it still had a definitive end.

So how does Minecraft Dungeons fix this problem? With the addition of Ancient Hunts, which are coming with the Flames of the Nether DLC.

Ancient Hunts give you options

In the free update launching alongside Flames of the Nether, the biggest expansion for Minecraft Dungeons yet, Mojang Studios gives players more ways to play, more reasons to play, and more control over how they play. Ancient Hunts are procedurally-generated levels created by the player, and will weave in and out of the Nether and familiar areas Minecraft Dungeons’ players will recognize.

To create an Ancient Hunt, players can spend their excess gear and enchantment points, which combine in different ways to dictate what kind of Ancient Hunt they’ll open and what they can expect inside. Anything used to open an Ancient Hunt is gone forever, but the trade-off is a brand-new mission that has a chance of rewarding the most powerful gear in the game.

Inside Ancient Hunts, which players can experience in one or multiple sessions, players can fight new combinations of mobs, explore exciting and unique areas, discover new secrets and rewards, and ultimately track down the elusive and powerful Ancient mobs. These terrifying enemies are super-powered versions of normal mobs and are escorted by a personal army of goons. Defeating these mobs is no small task, but the prize is worth it: Gilded gear.

Gilded gear takes the crown from Unique gear as the rarest and most enticing equipment in the game. If you’re lucky enough to get your hands on Gilded gear, you’ll notice that it has an extra random ability on top of what you can get with Uniques. There is a caveat, though, in that Gilded gear is more expensive to enchant across the board.

All of this means nearly endless replayability, as Ancient Hunts can take from and use pieces of all the areas that already exist in Minecraft Dungeons and combine them in new and interesting ways. With Ancient Hunts, players can spend their unused gear and enchantment points for new ways to play and new ways to power up like never before.

Even better, Ancient Hunts are available to everyone and don’t require that you’ve purchased Flames of the Nether or the Minecraft Dungeons Season Pass.

Conquer Ancient Hunts, and do it with your friends, with one of the Best Headsets for Xbox Series X|S, which will upgrade your audio experience and make your voice clearer than ever.


Form a party and master tactics with these CRPGs


Computer roleplaying games are one of the oldest video game genres, drawing inspiration for tabletop roleplaying games to tell epic stories. The genre is having a resurgence now and these are some of the best titles you can play to enjoy its deep stories and complex tactics.