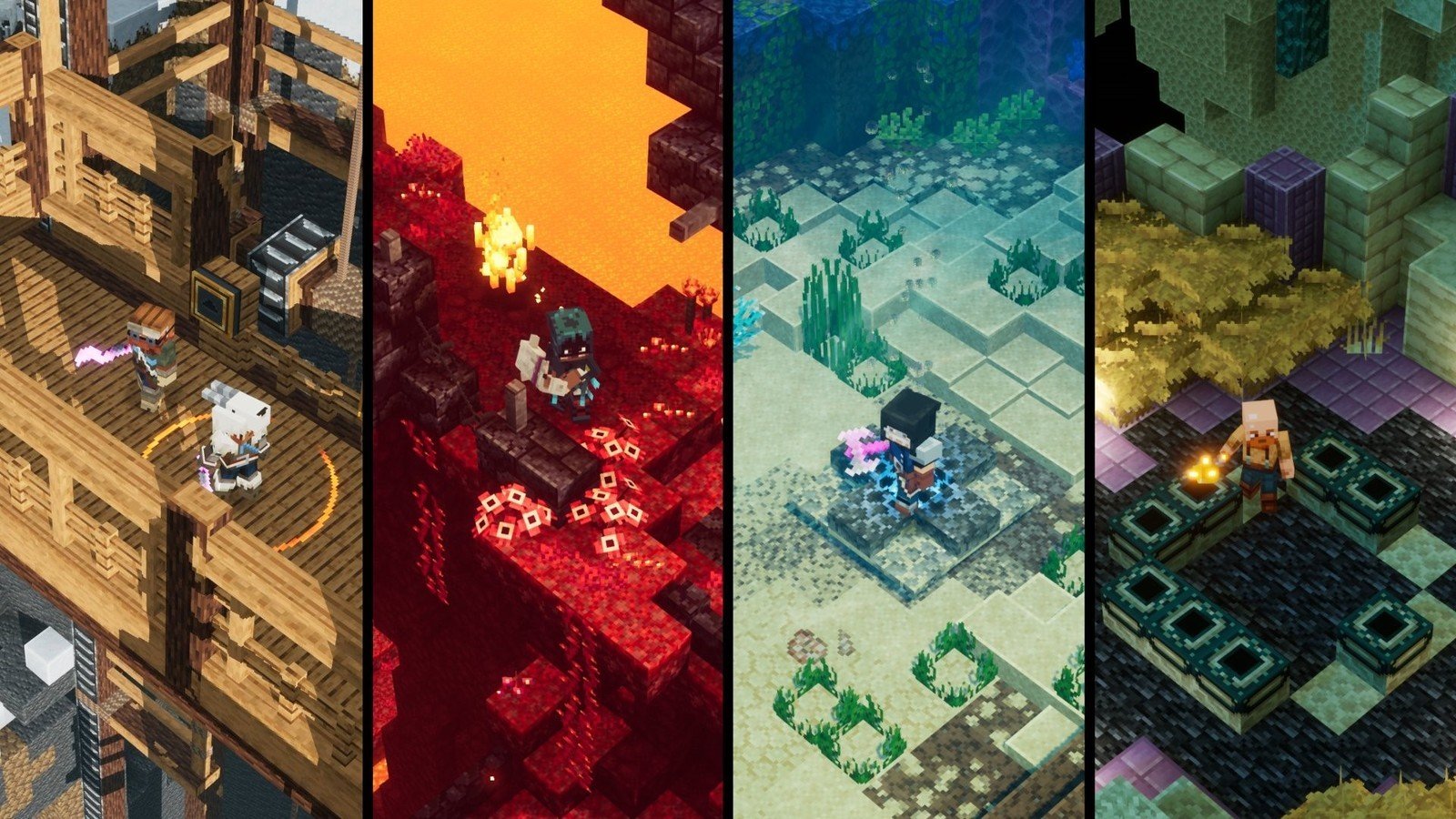 Best answer: The Season Pass is essentially the next “era” of Minecraft Dungeons and includes a ton of new content. Included in one purchase is four separate DLC expansions for Minecraft Dungeons, all of which will add new areas, missions, gear, mobs, and more. Howling Peaks is already released, Flames of the Nether is next, and the final two will go underwater and to the End.

The evolution of Dungeons

Minecraft Dungeons is a co-op, loot-focused ARPG set in the Minecraft universe, and that means content is key. Minecraft Dungeons had enough to get people hooked on the idea when it initially launched, but unfortunately fell flat when it came to long-term replayability. To this end, Mojang Studios and Double Eleven have released numerous expansions and updates to add, tweak, and improve everything Minecraft Dungeons has to offer.

So what does the Season Pass include? The next four DLC expansions for Minecraft Dungeons will all be included in the Season Pass on top of being available for purchase separately (of course, expect excellent savings with the Season Pass). This means four new areas to explore, with unique levels, mobs, gear, and changes with every single one.

The movement of Seasons

The third and fourth expansions coming with the Minecraft Dungeons Season Pass haven’t been officially announced yet. However, we do know where the expansions will take us. One DLC will go underwater, likely exploring the areas added in Minecraft’s Aquatic Update, while the last expansion included in the Minecraft Dungeons Season Pass will take us to the fatal void known as the End. Release dates for these expansions are also unknown, but I expect both to come out in 2021.

Finally, all expansions included in the Season Pass should launch alongside accompanying free updates. Howling Peaks went a long way towards solving Minecraft Dungeons’ most significant problem with Apocalypse Plus mode, which added tons of new difficulties. Flames of the Nether is taking it even further with Ancient Hunts, or procedurally-generated endgame missions with unique rewards and challenges.

The Season Pass is worth it for any player who’s invested in Minecraft Dungeons and wants to experience everything the game has to offer. It shows that Mojang Studios isn’t giving up on supporting their Minecraft spin-off with new content and new ways to play.

Those who want to get the most out of Minecraft Dungeons and its valuable Season Pass should absolutely play with a friend in co-op. This means investing in one of the Best Headsets for Xbox Series X|S, which provide the greatest both in audio and mic quality.


Form a party and master tactics with these CRPGs


Computer roleplaying games are one of the oldest video game genres, drawing inspiration for tabletop roleplaying games to tell epic stories. The genre is having a resurgence now and these are some of the best titles you can play to enjoy its deep stories and complex tactics.