Phoneweek
Phoneweek > How-tos > What Is C-Band 5G, and Why Is It So Much Better?
How-tos

What Is C-Band 5G, and Why Is It So Much Better?


From mmWave to 5G UC, there are already several 5G-related monikers to keep track of. And now mobile carriers have thrown another term into the mix: C-band 5G. So how is it different, and why does it matter?

Similarly, C-band is also a portion of the radio wave frequency range. In February 2020, Federal Communications Commission (FCC) determined that the 3.7GHz-4.2GHz frequency range will be known as the C-Band. Out of this range, the 3.7GHz-3.98GHz spectrum was allocated to the mobile carriers for their 5G rollout.

So, C-band 5G essentially refers to the deployment of fifth-generation cellular networks on this spectrum of frequencies. Although C-band has its own name, its frequency range falls under the mid-band 5G spectrum.

Why Does C-Band Matter?

Mobile carriers are primarily using three frequency bands for 5G deployment in the United States—high bands (mmWave), mid bands (1GHz-6GHz), and low bands (sub-1GHz). While mmWave 5G is the fastest and theoretically capable of reaching up to 10Gbps speeds, its coverage is limited, and it has trouble penetrating obstructions like walls, trees, rain, and more. So it’s only useful in dense urban areas where you have a direct line of sight to the 5G tower.

On the other hand, low-band frequencies can reach far longer distances, but their data transmission speeds are relatively low, only slightly better than LTE. As a result, these frequencies are best suited for rural areas, where connectivity demand is low, but coverage is required over longer distances.

So mid-band frequencies, including the C-band, offer an attractive compromise between the two. These frequencies can offer fast broadband connectivity and a decent coverage area. However, the mid-band spectrum is hard to come by and is already allocated for other uses.

That said, FCC was able to carve out 280MHz of the mid-band spectrum for 5G usage, which went for auction as the C-band in 2020-2021. And the wireless carriers went clamoring for it, spending over $81 billion to acquire it.

Mobile carriers plan to use this C-band spectrum to complement their mmWave and low-band 5G deployments. As a result, they will be able to provide a more reliable and speedy 5G experience that isn’t limited to specific locations in key cities or just incrementally faster than 4G LTE.

All in all, C-band 5G will bolster 5G networks in urban and semi-urban areas with typical data transmission speeds ranging from 250Mbps to 450Mbps and good network availability. In short, it will finally make 5G worth your while.

RELATED: How to Test Your Internet Connection Speed or Cellular Data Speed

Which Carriers Are Rolling Out C-Band 5G?

As of May 2022, AT&T and Verizon are rolling out C-band 5G in the United States. While AT&T is marketing C-band 5G as a part of its 5G+ service, Verizon calls it 5G Ultra Wideband. Both carriers also use the same marketing names for their mmWave 5G deployments.

You can identify whether you are on a C-band or mmWave 5G network by looking for the 5G UWB, 5G UW, or 5G+ symbol in your phone’s status bar.

T-Mobile and US Cellular have also obtained C-band spectrum, but their 5G rollout in these frequencies isn’t expected until late 2023 or 2024. That said, T-Mobile, which has the biggest chunk of mid-band spectrum in the US, has already rolled out mid-band 5G on the 2.5GHz spectrum that it received from Sprint. So, it isn’t as dependent on the C-band as AT&T or Verizon. And even without C-band 5G, T-Mobile remains a leader in 5G availability and reach.

Do All 5G Phones Support C-Band?

Unfortunately, not all existing 5G phones support C-band 5G. For the US C-band 5G, a phone needs necessary hardware to support C-band frequencies, firmware that enables them, and approval from FCC.

You can look for n77 5G band support in your phone’s specifications to confirm if it has C-band support. However, even with n77 band support, the phone will need appropriate firmware from the carrier to enable it.

Some popular smartphones that support the C-band 5G on both AT&T and Verizon are:

C-band has the potential to change the 5G landscape in the long term. It gives cell carriers the ability to offer the mid-band 5G, which is the most practical 5G for users, on a wide scale across the country. Additionally, with the C-band availability, all three major wireless carriers in the US now have access to low-band, mid-band, and high-band 5G frequencies, allowing them to mix and match spectrums for the best possible 5G experience.

If your current phone isn’t listed as supporting C-band 5G and you’re considering an upgrade, compare your options with our buying guides for the best iPhones and best Android phones. 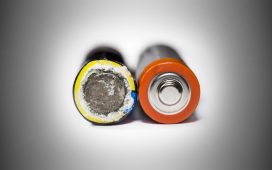 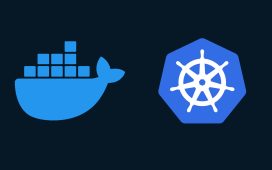 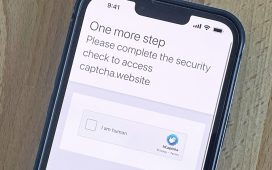 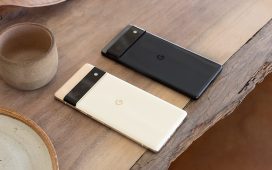