Over the past few years, we’ve seen an increase in the conversation around breaking content and experiences out from a device’s display, and into a new world of perception and interactivity.

Virtual reality is something that we are familiar with, thanks to devices like Google Cardboard at the very simple end of the scale, through to Oculus Rift and HTC Vive at the top of the experience. Microsoft made a lot of noise around its holographic augmented reality system – HoloLens – before moving into a more mainstream position with a new wave of “mixed reality” devices.

But what is mixed reality and when can you get your hands on it?

What is mixed reality?

In some ways, the notion of “mixed reality” is a way to frame Microsoft’s VR arrangement in a different position to those already on the market. You can understand why: with devices like HTC Vive already needing a Windows PC to run, how is this any different?

Much of the mixed reality experience is the same as you’d expect from virtual reality in that you wear a headset, watch the screen in front of your eyes and have your movements tracked so you can move around the virtual world? Where mixed reality wants to make a point of differentiation is in offering a system of front-mounted cameras that can give you either real-world objects in your virtual world, or virtual objects in the real world.

This is, in essence, a fusion of VR and AR.

The key difference to some of the mobile VR systems is that Windows Mixed Reality is designed to make you feel like you’re a participant in the action, rather than a spectator, as many basic VR experiences are on rails – you follow a path looking around in an entirely synthetic world.

What’s the difference between VR, MR, and AR?

Just for clarification, here are some definitions of these three systems at a very basic level:

With these things in mind, you can very much see how the creation of the term “mixed reality” is a catch-all, covering all bases and a range of opportunities for use. Mixed reality is a term that’s gaining some traction. Where augmented reality sounds complicated, virtual reality has connotations that link back to older ideas from movies like Tron, The Lawnmower Man or Virtuosity.

Mixed reality, on the other hand, is all new, giving you a suggestion or the real and artificial worlds working in union, which gives Microsoft a stronger foundation to mount this latest assault.

How does Windows Mixed Reality work?

One of the founding principles of Microsoft’s system is that it’s designed to work in Windows 10. It’s part of Windows 10 and available to a wide range of Windows 10 users.

Microsoft has detailed that Mixed Reality is designed to break out of the constraints of mobile VR in which you’re static, or tracked VR in which your movements are monitored by cameras, but limited by the range of the play area in the case of HTC Vive, PS VR or Oculus Rift.

In many ways, Microsoft’s “inside-out tracking” is the point that’s different, keeping the movement tracking within the device. It’s the ability to provide six degrees of tracking from the headset in a Windows 10 environment that really dictates how Microsoft Mixed Reality works.

Microsoft is calling this “world scale”, a counterpoint to HTC’s “room scale” for the HTC Vive.

Microsoft is claiming that HoloLens is its first mixed reality headset and while that laid the foundations in many ways – it is self-contained, doing all the tracking and running the software too – the experience of HoloLens is closer to traditional augmented reality than virtual reality, because you’re looking through the visor at the real world.

None of Microsoft’s Mixed Reality systems has followed this lead yet, instead all offering a display like other VR headsets (or HMD head-mounted displays). The first devices are also tethered, connected via HDMI and USB, again like existing VR systems. They do, however, feature this “inside-out tracking”, which makes them a different proposition to those already on the market.

What these headsets can do is use the front-mounted cameras to recognise the room or objects in the room and add these to the virtual scene viewed through the headset, hence making an MR world.

This also extends to the controllers. Microsoft has announced Mixed Reality controllers which can be tracked by the headset too, again meaning there’s no need for other sensors.

What are the Windows Mixed Reality headset tech specs?

There are a few different Mixed Reality headsets available at the moment, the tech specs are roughly the same and its the differences in design that make them stand apart.

Of course, the headset is only part of the puzzle as you need to drive it and feed it with information. Microsoft has made recommendations for minimum specs for Mixed Reality, which again frames this as a mass market device, rather than something that’s going to be limited to those with a hardcore gaming machine:

Based on these specs, you’d be able to use Microsoft Mixed Reality with plenty of normal laptops and older PCs, unlike the existing systems like HTC Vive and Oculus Rift, which have much more demanding tech specs.

The thing that really strikes home about the Windows MR system is that it involves almost no setup, it’s almost like an instant VR solution, plug and play if you like, with no messing around with cameras – which is a real bonus for users.

The hardware is a little cheaper and it runs on lesser gaming machines too, which makes it more accessible.

As for the software experience, the Cliff House, is where all the action happens for the most part. This is Microsoft’s virtual living room where you can roam around and experience various Windows tools.  There are adjustable screens to watch films on, apps to send email with, ways to listen to music and browse the web and much more besides.

WMR is changing all the time and recently it’s been updated to include access to VR games on Steam too thanks to the Windows Mixed Reality for SteamVR app. This gives WMR headsets access to a massive catalogue of games that will work as well with these headsets as they will with the equivalent VR headsets.

What Mixed Reality headsets are available?

As well as HoloLens, there’s already a full line-up of WMR devices that are available from various partners including Acer, HP, Asus, Dell and Lenovo.

As we’ve mentioned a couple of times, Acer has been quick off the mark to announce its dev kit for Mixed Reality, so we’ve already had the chance to take a look at what the company has to offer. The headset is now available to buy and gives users access to Windows Mixed Reality at an interesting price point. We’ve had a chance to review the Acer headset and it’s certainly intriguing, but it’s also early days for the platform.

HP like Acer was quick off the mark to launch its Mixed Reality headset. It essentially offers the same hardware as the Acer and the only difference that’s called out in the tech specs is the double-padded headbanall-dayall day comfort” – not that you’d wear it all day, because you’d probably do yourself an injury.

Asus looks to be taking a slightly different approach, with a front visor design that’s polygonal, so it looks super cool. We’ve had our hands on this headset and can attest it’s good – comfortable, easy to use and easy on the eye too.

Dell’s headset takes a slightly different approach with a lighter build than the others. This device has a focus on a comfortable design. It’s lighter and less bulky than some of the other options and it also reminds us a little bit of Eve from Wall-e for some reason.

From our initial experience, the Dell Visor is going to be a difficult Windows Mixed Reality experience to beat. It’s affordable and offers 90Hz playback that rivals the Oculus Rift experience but with less powerful PC hardware requirements.

Lenovo’s Explorer Headset is another alternative. The specs of this headset are roughly the same as others we’ve listed here. A 2880 x 1440 pixel display. 110-degree field of view, 90Hz refresh rate and inside out motion-tracking cameras.

The Samsung HMD Odyssey+ is the updated version of the original WMR headset with the same name. The highlights of this headset apparently include built-in Bluetooth that allows the controllers to connect directly to it rather than to your PC. This new headset also tackles the classic Screen Door Effect that plagues VR with a new technology in the form of Samsung’s Anti-SDE AMOLED Display.

The company says this new display “solves SDE by applying a grid that diffuses the light coming from each pixel and replicating the picture to areas around each pixel. This makes the spaces between pixels near impossible to see. In result, your eyes perceive the diffused light as part of the visual content, with a perceived PPI of 1,233PPI, double that of the already high 616PPI of the previous generation Samsung HMD Odyssey+.”

The Samsung HMD Odyssey+ design includes two 3.5-inch AMOLED screens capable of 1400 x 1600 pixels each. It also has a 110-degree field of view. A wider nose guard, wider eye box and other tweaks should make for a more comfortable fit than the previous model.

360-degree spatial audio is provided by integrated AKG headphones. A fairly impressive spec that will be available to buy soon from Samsung and Microsoft for $500.

How much does a Mixed Reality headset cost?

HoloLens might have put the fear into some with its $3,000 asking price for the development kit. However, for the most part, the rest of the available Windows Mixed Reality headsets are hugely affordable. Generally, they’re all sitting at around the $400 mark which puts the price around the same amount you’d expect to pay for an Oculus Rift.

When can you buy a Mixed Reality headset?

All of these headsets are available to buy from the respective manufacturers or you can order from the Microsoft Store and Microsoft.com.

Announced via a blog post in August 2017, Microsoft provided details of a number of developers they are working with, including the likes of Hulu, Sony Pictures, Sky VR, as well as revealing that 343 Industries is working on Mixed Reality compatibility for Halo games.

Since then Steam titles have also become accessible making a huge range of games and experiences available on these devices. 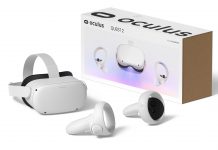 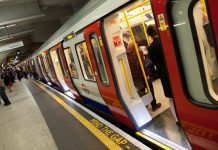 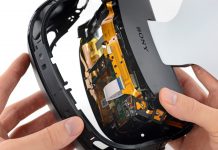 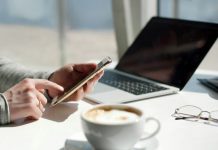 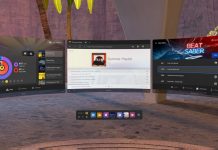 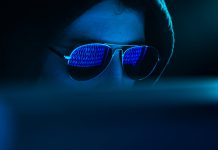