► What are electric cars like to live with?
► We’ve lived with dozens of EVs
► The benefits and downsides laid bare

The take-up of electric cars is rising as more and more Brits take the plunge and plug in – but what are electric vehicles (EVs) really like to live with? Do people regret shunning petrol and diesel cars? Or are there only benefits once you commit to battery motoring?

The team that brings you CAR magazine have been lucky enough to live with dozens of electric cars and we’ve been doing it for over a decade now, ever since Nissan launched the first mainstream electric car in the UK, the original Leaf, back in in 2011.

As well as road testing every EV on sale today, we live with them for months on end to put them through the most gruelling road test of all: daily life. Are they worth the premium or are there hidden costs of owning an electric car? Are they easy to plug in and charge in real-world conditions? And is the electric range what the manufacturers claim?

We asked our team for their conclusions – the real-world benefits, disadvantages and more. Read on to find out what an electric car is like to live with, warts ’n’ all.

Electric car sales take off in the UK

The number of pure EVs registered in the UK in 2020 nearly trebled to 108,205. To give that some context, battery electric vehicles (BEVs) made up just 1.6% of the UK new car market in 2019, and that soared to 6.6% last year. A significant transformation is happening before our very eyes. 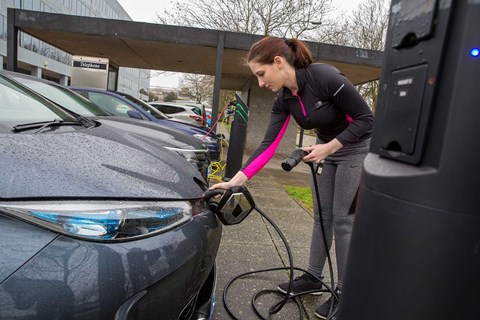 Evidence suggests that few people who take the plunge and go electric then switch back to an internal combustion engine (ICE). Typical benefits include:

While disadvantages of owning an electric car include:

Read on to hear how the CAR staffers found living with an electric car. 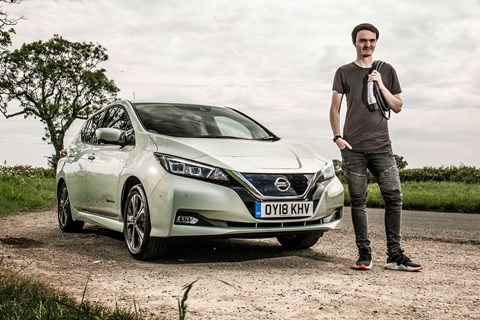 ‘The instant torque, the guilt-free motoring in the city (even some priority parking spaces if you’re lucky) and the fact that my Leaf cost a pittance to run meant plenty of surprise and delight. It’s a simple life inside an EV – unplug, switch on and get going. The whole test, though, was a massive learning curve. You need apps like ZapMap to plan longer routes to new destinations once you’ve gotten to grips with what charging port your car has and how much juice it can take, an acceptance that not every charger will work seamlessly (or at all) and the knowledge that coasting in some cases may be more beneficial than leaning on brake regeneration when on the move.

‘Then, there was the Leaf itself; a pioneer in the early days of consumer EVs, it now lags behind so many EV newcomers in terms of packaging, drivability and range. During the incredibly hot summer of 2018, I had to debate whether I wanted to sacrifice range for (admittedly very weak) air-con, for example. The game has moved on, though, since my 2018 test. Now, I’m more than just curious about living with one again in a sector of the market that has grown in choice, infrastructure and range. Surely that, above all else, is a good sign.’ 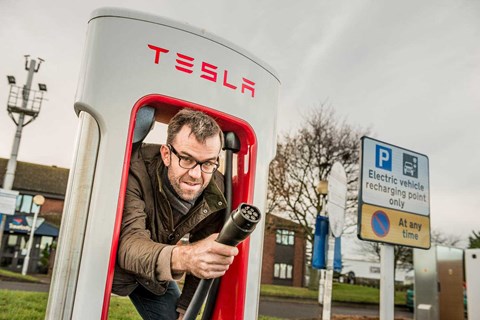 ‘We spent half a year with the Tesla Model S in 85D form (a model and battery capacity that’s no longer available). Elon Musk’s start-up company has smashed through so many conventions in the car industry and it really showed in our extended test. The genius of Tesla is twofold. First, the proprietary charging network of Superchargers is brilliant, at a stroke removing the argument about range. Long journeys were a cinch and the sat-nav even showed how many bays were available at each charging station. Plus they delivered rapid charging years before others had cottoned on. Second, Tesla just make really good electric cars – the S looked European, had the infotainment straight out of Silicon Valley and felt like the future. It still does – and it makes going electric super-easy.’ 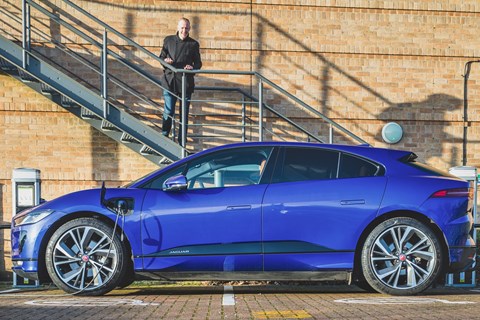 ‘On a cheap overnight tariff, an i-Pace charge totalled £8, so about £20 for 500 miles. A punchy twin-turbodiesel F-Pace, though still down 100bhp and a couple of seconds to 62mph on the electric Jag, would need around £78 to gas for 500 miles. And there is an undoubted feelgood factor from emitting zero pollutants on the go.’ 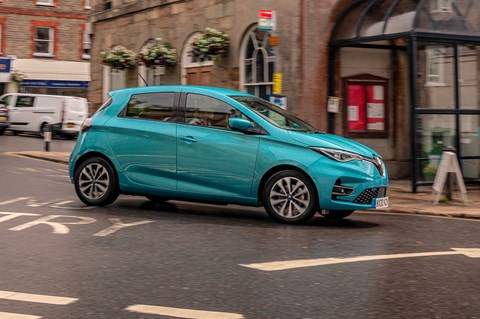 ‘I’ve found there’s a lot to love here, over and above those 3.1p-per-mile running costs. Up to 40mph it’s entertainingly brisk, and the quick if lifeless steering means it can be satisfyingly hustled along. The calibration of the throttle and brake pedals is excellent, as is the well-judged level of dialled-in regenerative braking in one-pedal ‘B’ driving mode.’ 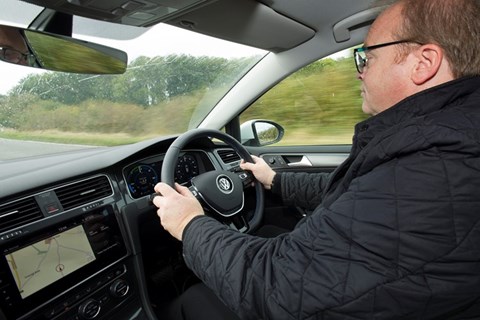 ‘Be sure that your house wiring is up to it first. As I found, if it’s old or sub-standard, you will probably need a rewire to ensure a clear, error-free supply of electricity to your car. That can be costly, but in the long-run, this will pay you back in petrol money saved. It’s also cheaper than a public charger to run. My Pod Point would deliver 3.7kW, and typically on an overnight tariff, you’ll pay 10p per kWh, which on my typical 40-mile commute, comes in at 80p per day. At a more typical 14p per kWh rate for domestic electricity, you’re looking at around £5.00 per recharge. To get a decent gulp of public power, 80% would be typically more like £2.00. A full recharge at home works out at about £3.00. Of course, some public chargepoints are free, but they are getting rarer.’

The best electric cars to buy

Our pick of the longest-range EVs

How much does it cost to charge an electric car?

The best electric SUVs and crossovers 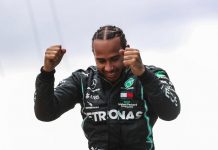 Circular Economy in EV industry being made possible by one 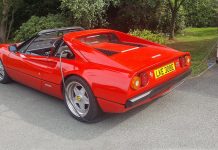 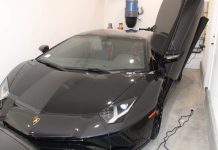 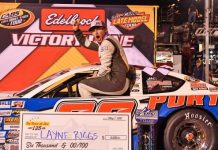 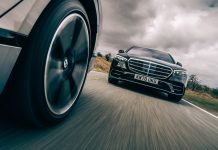 The cream of the crop? Bentley Flying Spur vs Mercedes S-Class 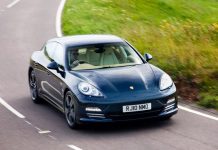 Flash for not much cash: The best used luxury cars 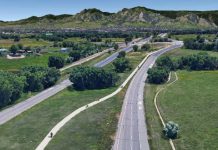 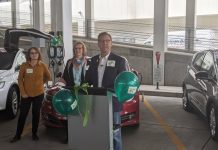