New Delhi: For sure, the PUBG Mobile is hitting the Indian market and it will be available for Android phones. And it is coming sooner than most people had expected. Also Read – PUBG Mobile India to Hit Market Soon, Likely to be More Popular Than FAU-G

As per a tweet shared by a PUBG Mobile India fan club, the game will be available for download in ‘few hours’ on the Google Play Store and as an APK download separately for Android devices. Also Read – Months After Ban, PUBG Returns to India With Many Changes | Gamers Will Have to Wait

However, there is no official statement on the release date of the mobile game. Amid the long wait of millions of mobile gamers, it is still not clear if the game would be available to download later today.

Notably, it was a few days back notified about the official return of PUBG Mobile in India in a new avatar called PUBG Mobile India, however, the time has stood still for PUBG fans since.

Moreover, it is also not clear whether the game will be rolled out for iPhone gamers. If the game is released soon, then it will be a good news for those who had been waiting for this for long time now.

ALSO READ  President Trump phones McDaniel to rally base for Hyde-Smith. Will it work?

Earlier, the PUBG Corporation said it has plans to make investments worth $100 million in India to cultivate the local video game, esports, entertainment, and IT industries.

The immensely popular PlayerUnknown’s Battlegrounds (PUBG) Mobile app was among the 118 Chinese apps that the Indian government banned in September over national security concerns.

To get the ban lifted, PUBG Corp made the decision to no longer authorise the PUBG Mobile franchise to China-based Tencent Games in India.

Google may pay you for doing simple tasks on your smartphone 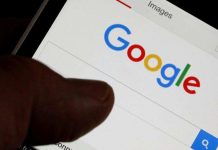 Cupertino’s Apple, Verizon team up to swap out corporate-owned phones with 5G iPhones

Samsung Galaxy A02 smartphone to come with a 5,000mAh battery