Who will Tyson Fury fight next? Explaining the heavyweight merry-go-round 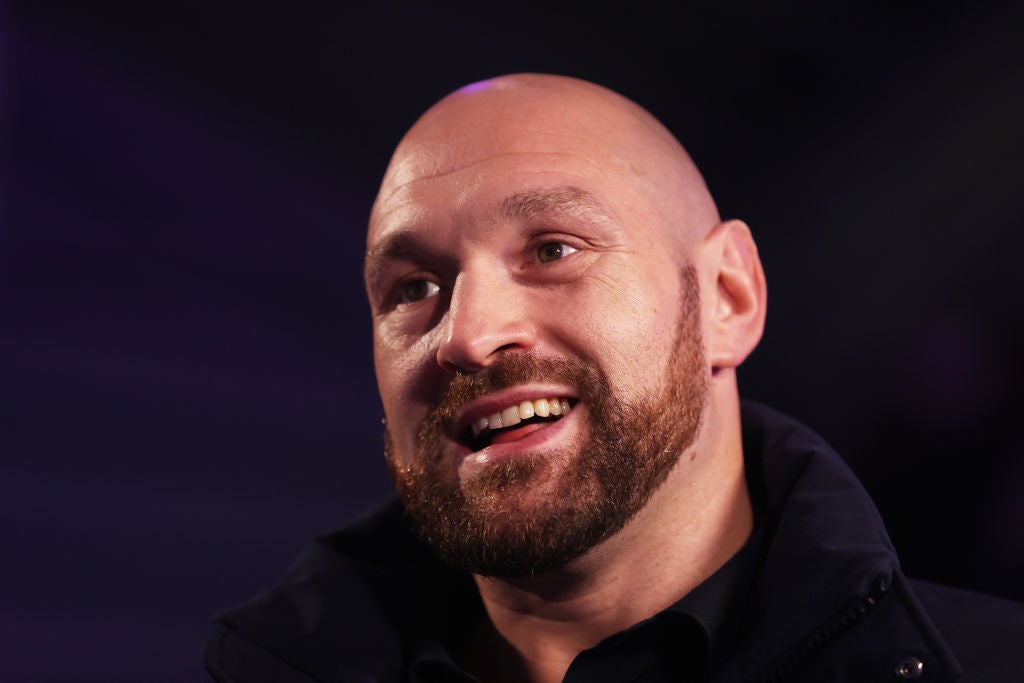 The heavyweight division in boxing is currently frozen amid politics surrounding its biggest stars.

Tyson Fury, the lineal and WBC world champion, is blocked from pursuing a fight to crown a first undisputed champion since Lennox Lewis in 2000. That’s because Oleksandr Usyk, despite recognised as a mandatory challenger to Anthony Joshua last September, conceded a rematch clause to the Briton in that fight.

And now AJ has the right to win back the WBA, WBO and IBF titles, while a fourth major player in the game, Dillian Whyte, holds mandatory status for that fourth belt, the WBC, that Fury holds.

With one hurdle, step aside money may be an option, even two could be possible had Whyte not fought so aggressively for his position and waited so long for a first crack at a world title in his career.

Here is everything we know about the state of play ahead of the deadline set by the WBC for Friday:

What is a purse bid?

A purse bid serves to ensure boxing’s schedule keeps moving when fights are called as a result of the governing body’s world rankings and when a mandatory challenger is recognised to face the champion.

Both parties will be called to negotiate a deal to fight when said challenger is announced, with a deadline in place before a purse bid is organised.

So if Fury and Whyte’s camps cannot strike a deal, any promoter, not just Top Rank, who represent Fury, or Matchroom, who represent Whyte, will be handed the chance to bid to promote the fight.

Usually the two parties will push to make a deal beforehand, otherwise a third party may seize the rights for the fight and profit from two fighters they do not represent.

The highest blind bid will win the fight, with the sum divided by the split previously agreed upon by the governing body.

Why are talks for Fury vs Whyte dragging on so much?

The problem with this fight and the difficulty in agreeing to a deal before purse bids is that another fight, Usyk vs Joshua 2 is also holding up the division.

Three deadlines have come and gone, with the WBC close now to standing by a deadline and welcoming a third party to make an offer in a purse bid. Should nothing change then a fifth and quite probably final deadline will arrive on Friday after Wednesday’s deadline was extended.

“The WBC has received requests from both sides, Fury and Whyte, to extend the free negotiation period which has been granted,” a WBC statement read last week. “If there is no agreement a purse offer ceremony will take place on Wednesday January 26.”

Ultimately it all boils down to money, with Whyte furious at only being granted 20 per cent of the total pot, despite his mandatory status and position as interim champion.

WBC president Mauricio Sulaiman claims that number was determined by previous earnings, after Fury coined £20million to fight Wilder last October and Whyte appeared to earn around £4m for his win over Alexander Povetkin last year.

While purse bids are likely to come, Fury has flirted with the idea of fighting Usyk for all the marbles, which would require a second set of negotiations with Joshua to clear the way for that fight.

Could Fury fight Usyk instead to crown a first undisputed champion in more than two decades?

He could well do, this mega fight may yet happen after rumoured interest from the Middle East in hosting the fight.

After Joshua’s rematch with Andy Ruiz Jr, the undisputed fight could generate upwards of nine figures.

But first Joshua and Whyte would have to agree to be compensated for waiting in line.

The problem here is that only one of them can have first shot at the undisputed champion, not to mention the potential for the winner to drop one or more of the belts to pursue another option, making Joshua and Whyte’s position far from secure unless they take matters into their own hands and fight the fights.

The Telegraph reported earlier this week that Joshua’s figure to step aside would be around £15m, and that the former champion was close to agreeing to take it.

His turn would then come later in the year, but Joshua pumped the breaks on the report, stating: “I’m the man in control of my destiny”, while crucially falling short of ruling out accepting an offer..

Usyk’s promoter Alexander Krassyuk maintains Joshua is still “the basic option” but that talks with Fury have been ongoing since November.

What have the fighters said?

“Tick, tick, tock Is Whyte going to fight me? Is Joshua going to step aside? Let me know because I am sick of looking at these bums. I am sick of listening to their excuses.”

“I tell you what boys, there’s some pack of cowards out there, and some pack of bull**** talkers. I’ll tell you that now. ‘[They’re] making all the demands in the world, you cowards! Come and fight!”

“I’m hearing people say, ‘AJ accepts £15 million to step aside’. I haven’t signed a contract, I haven’t seen a contract. So as it stands, stop listening until it comes from me.

“I’m the man in control of my destiny, I’m the man that handles my business, I’m a smart individual and I make calculated decisions every step of the way. Don’t listen to other sources. If I tell you something then you know it’s real.”

What’s the most likely outcome?

The likeliest outcome is for Fury’s side to concede a little more than the 20 per cent and for the Whyte fight to occur, or rather the Londoner blinks first and accepts 20 per cent – which could amount to a career-high payday anyway.

Once the outcome is decided, then the winner can then fight the winner of Usyk vs Joshua 2 – likely in the second half of the year.

While Joshua could halve the difficulty in reaching undisputed status by eliminating one possible fight, it seems impossible to ensure he is first in line without angering Whyte further, as he would then likely not receive his shot until 2023 after months and even years of vocally pushing for an opportunity.

Given the danger in fighting fringe world contenders, such as Povetkin, who knocked him out in their first fight, Whyte would be in danger of losing his opportunity altogether if he fought in the interim period, or going rusty with more than a year between his last fight and a world title shot.