The WiFi Alliance has announced that it has begun certifying products for WiFi 6E, paving the way for new devices to take advantage of 6GHz airwaves. This is the biggest update to WiFi in 20 years and should provide consumers with much faster and more reliable speeds.

The Federal Communications Commission first approved the use of the 6GHz band for unlicensed use in April of last year. The approval meant there would be more airwaves that routers could use to broadcast WiFi signals. The new spectrum essentially quadruples the amount of spectrum available for routers and other devices, The Verge explained. That should result in improved connections that are a lot more reliable.

With certification for WiFi 6E now available, consumers should start seeing phones, PCs, and laptops with support for the faster speeds over the next few months. New TVs and VR devices will also be able to access WiFi 6E.

One of the first releases to feature support for WiFi 6E should be Samsung’s upcoming Galaxy S21 series thanks to Qualcomm’s FastConnect 6900 subsystem supported by the Snapdragon 888. ASUS has already announced the Rapture GT-AXE11000 router, which touts WiFi 6E support. The router will be available this month for $549 through Amazon, Newegg, and other retailers.

“Wi-Fi 6E will see rapid adoption in 2021 with more than 338 million devices entering the market, and nearly 20 percent of all Wi-Fi 6 device shipments supporting 6 GHz by 2022,” said Phil Solis, research director at IDC. “This year, we expect to see new Wi-Fi 6E chipsets from several companies, and a variety of new Wi-Fi 6E smartphones, PCs, and laptops in the first quarter of 2021 followed by TVs and VR product announcements midyear.”

ALSO READ  Survey: Majority of primary schools have problems with smartphone and social media use outside of school

“Wi-Fi is vital to our customers particularly during this time when so many have transitioned to working, learning, and getting all their entertainment at home,” said Matthew Zelesko, Chief Technology Officer, Comcast Cable. “With the new generation of Wi-Fi 6E devices, we are excited about the potential to deliver faster speeds and more capacity to take full advantage of the newly available spectrum.”

While approval for the use of 6GHz airwaves has been given in the U.S., regulators in other countries still need to do the same. According to the Wi-Fi Alliance, the U.K., Europe, Chile, South Korea, and the United Arab Emirates have made the decision to deliver 6GHz for WiFi, while other countries including Brazil, Canada, and Japan are on the path toward approval.

A sawn-off shotgun, a ‘Russian’ hand grenade, a knuckle duster, SIX phones and £17k-worth of drugs – what cops found at this dealer’s house 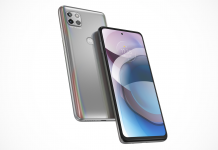 Many Samsung phones can now forward calls to Windows 10 machines