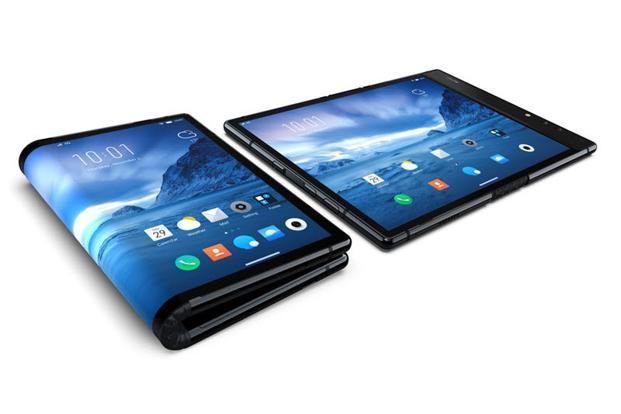 New Delhi: A relatively-unknown US-based display manufacturer, Royole Corporation, founded by Stanford engineering graduates in 2012 beat giants like Samsung to the pole when it announced the world’s first foldable smartphone, called the FlexPai, on Sunday.

The smartphone, which folds outwards from the middle, offers a 7.8-inch screen when open, which can be used as one large screen (aka a tablet) or two separate screens running two different tasks side-by-side. When folded, only one of the screen’s sides remains active, giving you a 4-inch display.

FlexPai’s display is based on Royole’s flexible display and sensor technologies, which are apparently compatible with all existing apps. With a thickness of 0.01mm, the company says the organic light emitting diode (OLED) panel used in the FlexPai has been tested to withstand bending and twisting over 200,000 times.

It is made of plastic substrates, which is what allows it to bend. Plastic substrates are lighter and a lot less prone to shattering than glass. They are used in existing OLED panels as well.

Phone companies have been trying to squeeze in a bigger screen in their smartphones by cutting the size of bezels. However, assuming they could eliminate the bezels completely, phones may still not be compact enough, which makes a strong case for foldable screens.

In fact, the LG G Flex series was also capable of flexing a little. The display could me pushed down from the middle without any damage. It would return to its curved state when the pressure was released.

The FlexPai though seems to be a new step in smartphone innovation.

The OLED panel used by Samsung is also made of an unbreakable plastic substrate. The screen can reportedly endure more than 200,000 bends and has already been certified by Underwriters Laboratories Inc, the testing arm for the US Occupational Safety and Health Administration.

Samsung and Royole aren’t the only companies in the fray. Chinese display manufacturer BOE has developed a 7.56-inch foldable AMOLED display, which can bend 100,000 times without breaking and is reportedly expected to show up in Huawei smartphones sometime next year.

Royole has started taking pre-orders for the FlexPai from October 31 through its official website. The device will start shipping in December.