With the release of “PGA Tour 2K21,” there is now a way for golf fans to feel closer to the game. With the golf season in full swing, 2K Games and HB Studios have combined to provide golf fans with a realistic experience on gaming consoles.

You may be wondering if PGA 2K21 will have real golfers or if you can actually play as these pros in PGA Tour 2K21, well to be blunt, the roster of PGA Tour 2K21 does not have some of the major household names you may think of when it comes to golf, but it does, however, feature some of the world’s most talented Tour players. Justin Thomas, Sergio Garcia, Bryson DeChambeau, and Jim Furyk are just a few of the golfers that are in PGA Tour 2K21. Unfortunately, it won’t be possible to play as one of these golfers.

Finding the latest golf betting odds, including US Masters odds, Open Championship odds, Ryder Cup odds, and much, much more. Betrivers got you covered with every drive, every bogey, and every putt during the PGA Tour and European Tour for golfers who want to bets on their interests

Instead, you will play with your created ‘MY PLAYER’ character. Soon as you get the game going, you will be prompted to create and customize your avatar. This avatar, once finished, can be used in PGA Tour 2K21’s career mode, local play, multiplayer, and Online Societies.

The downside to the game is that you won’t be able to play as one of your favorite professional PGA Tour golfers but what gives comfort is that you can still compete against them.

To find the pro golfers available in this year’s game, just go to the career mode, and you will also find the names of other golfers whose likenesses are not in the game but will instead be a part of PGA Tour 2K21’s story mode.

Like many games, PGA 2K21 begins with a tutorial on the many different aspects of how to play. It covers the needful such as, how to hit excellent tee shots, how to putt, and the different types of clubs that are in each player’s bag. If you are new to the game, I suggest start with an easier difficulty and increase it as you get more comfortable with the ins and outs of the game.

Player progression in the game’s career mode is enjoyable. Winning earns players experience points and currency, which can be used to purchase in-game items like clothes and equipment for your golfer, which includes some name brands like Adidas and Bridgestone in its collection.

Also, note that currency can be purchased via microtransactions and most of the clubs are unlocked by completing various achievements during your career and can amplify certain attributes at the cost of others.

Finally, PGA 2K21 main added features are multiplayer modes which let players enjoy popular real-life formats beyond stroke play, the inclusion of more licensed courses (15 in all, including TPC Sawgrass, with its iconic island green), events through “Online Societies, and a handful of real-life PGA golfers, including Bryson DeChambeau, Matt Kuchar, Tony Finau and the cover boy Justin Thomas as stated earlier. Although; there are talks to add more licensed courses after launch, however, it is not promised and fingers are crossed to see what happens. Till then, Chao. 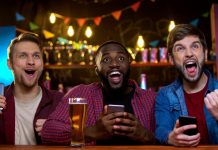